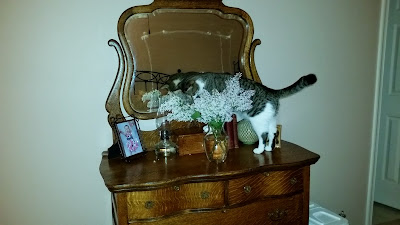 It's a good thing I love you wretches.
Posted by ProudHillbilly at 11:25 AM 7 comments:

My lilac bushes each only produced a couple blooms last year.  This year I warned them that paltry showings would result in replacement with something more productive.  Must have scared them:  both are loaded with lovely fragrant blooms. 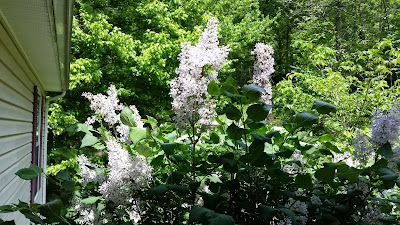 The bee balm, both red and purple, is growing rapidly and should be full of bouncy red heads in a couple weeks: 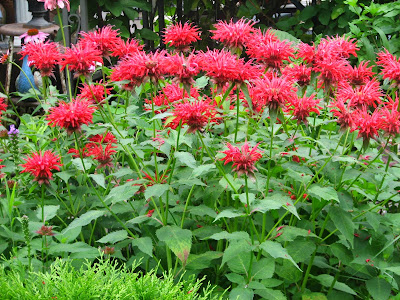 The red honeysuckle and yellow yarrow are full of buds just ready to pop and will be attracting butterflies and hummingbirds any day now: 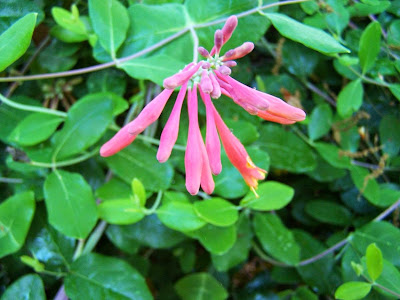 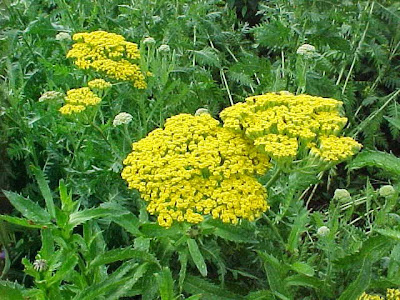 The bleeding hearts have been blooming for a couple weeks and are nearly done.  The clematis behind it started a couple days ago. 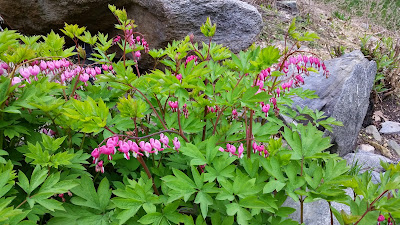 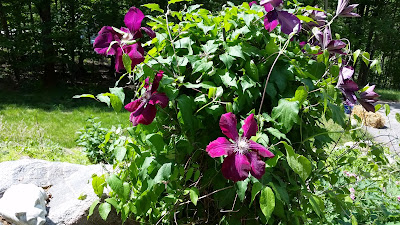 And the peonies are almost here.  Last year the blasted cankerworms ate even the blooms, but spraying knocked the buggers back pretty good.  I've still got them munching in a couple areas, but it's way better this year than last.  Come on pretty babies, almost there! 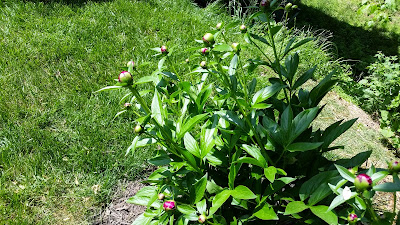 A few of the irises are even willing to throw up a few buds this year - it sometimes takes a couple years for those to come back from being replanted.  They weren't happy with me digging out the beds last year.

Been doing so much yard work that I wore my britches out. 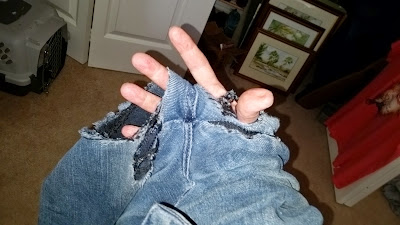 The flower beds are where some of the bad came in.  When I pulled a dead plant out of one of the beds I discovered that the mulch was full of termites, just loaded with them.  That would be the flower bed attached to my wooden porch.  Which is then attached to a wood frame house.  Knee bone, leg bone, hip bone, oh crud I know that song about connections.  Quick trip to Home Depot and afternoon spent inserting commercial termite stakes into bed.  They did nothing.  Bed still full of termites.  Call to exterminator.  Well is too close to house to use the gel spot treatment.  $550 for the second option.  Between cat bills and surprises like that I never am going to get enough saved to actually put flooring down.

Oh, did I mention that the same day I found the termites I plugged in the pressure washer and it died with a BANG!?  Yeah, I really need to do the decking this year, as you can see from the pic below.  Washed on right, unwashed on left.  New pressure washer in back of SUV.  To be assembled this evening. 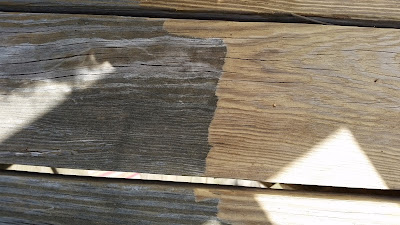 So it was time to get away.  Last Sunday was spent on the Western Maryland Rail Trail, and a glorious day it was. 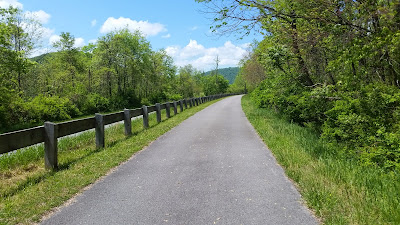 It was so beautiful that I just kept going and going.   30 miles was perhaps a bit much for the first ride of the season - I lost contact with my left foot the last couple miles and I think my butt is broken - but it was worth every mile.

Then I found back roads to get me down to Sharpsburg, MD, thinking I'd have a Nutter's ice cream cone.  But the line was out the door and down the street.  Never mind. 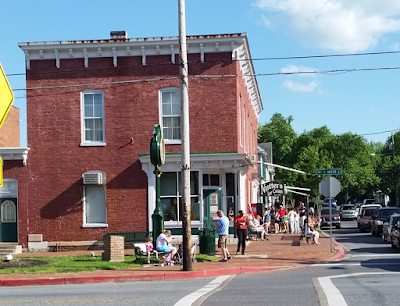 So I plunked myself down over at Captain Bender's and had meself some beer and dinner. 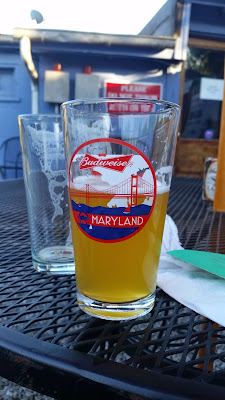 That's a Blue Moon IPA.  Didn't know they made such a thing.  Blue Moon is a bit light for me, but the IPA is definitely acceptable.

Monday back to working on the place, and the pest control guy came to set up the termite killing/prevention system.

Here's were the OMG!! comes in.

Jason, who has been my regular for at least a year and is a fairly young fellow, knocks on the door.  I open it and he's leaning on the door jam.

He comes in, moving slowly, looking a bit vague.

Him:  "I've started having this heart problem and it's really acting up.  I feel really bad."
Me, stopping on bottom step: "Your heart?  Bad as in need to go to the emergency room bad?"
Him, leaning on the base of the railing: "Um, yeah.  If you don't mind..."

So I shoved him into the SUV and galloped for town, stopping when I saw the ambulance was in its bay at the fire station and yelling for an EMT.  They loaded him up and took off and I came back, said some prayers, called his office to let them know what was going on and locked up his truck.

Yeah, that was exciting.  But the good news is that he was released a few hours later.  The bad news for him is that he has to see a cardiologist.  He will get nagged next time he comes to do a treatment.

And here's where I mention that when I got home it was hot enough inside that I closed up the house and turned on the AC for the first time.  Anybody want to guess what the next phone call was for?

Note:  Pics of beebalm, yarrow, and red honeysuckle stolen from web because mine aren't blooming yet.

Posted by ProudHillbilly at 3:30 PM 8 comments: