... Broken collar bone.  Apparently she stood up on the seat of the tricycle.  Briefly. 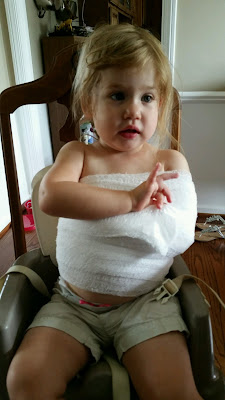 There is not to be anything in the house remotely resembling a red cape from now on.
Posted by ProudHillbilly at 6:35 PM 16 comments: 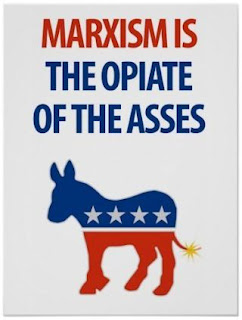 Who of course believe they are so superior that they can make a system that has failed everywhere it has been tried work THIS TIME.  Which is a sense of superiority that is VERY undeserved.
Posted by ProudHillbilly at 9:46 AM 4 comments:

And then it just all worked again.  Internet connection, I mean.  Modern technology and I have a hate-hate relationship.

But at least the Kahr shooty was better today.  Still a few mis-feeds but I tend to think ML's opinion that sometimes I limp-wrist it is correct because everything works fine if I concentrate and grip hard.  Of course, it hasn't had more than about 200 rounds run through it and the spring is still tight as all get out but it's getting easier.  I'll give it another couple serious range trips before complaining to Kahr.

My last couple dozen shots with it today: 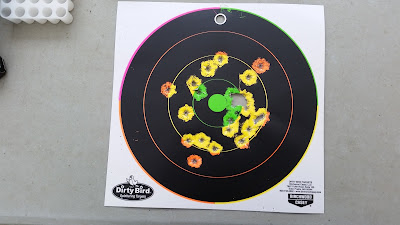 The two outliers completely in the orange were the last two shots and my hands were getting tired and sore.  People who don't shoot don't realize how much physical effort goes into it.  Hold position, aim properly, grip hard enough to control the gun.  At which point even though you are standing still your glasses fog up with the effort.

After the last two on that target I took a rest break and scavenged brass for a while.  Then I set up with the Glock 19.  At which point it went downhill.  Right to the spot of my chronic problem with that gun.  I can group it once I settle down.  But the group is in the wrong spot, even though I would absolutely swear from my end that the sight is dead on center.  I always end up high and left. 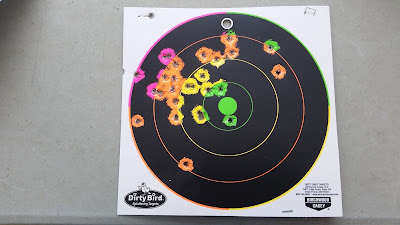 Ah well.  Next time I'll start with the Glock and give it the most attention.  The one comfort being is that the last 2 times I've been out there the guys around me shooting handguns had their targets half-way up to the line but were all over the place.  At least while grumbling at my own shooting I could think "Ha ha, I'm still better than you!"
Posted by ProudHillbilly at 12:46 PM 2 comments:

Email ThisBlogThis!Share to TwitterShare to FacebookShare to Pinterest
Labels: Glock 19, interwebz is back, Kahr CW 9 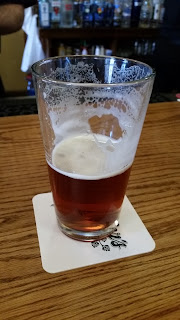 I don't have David's beer vocabulary, so I'll just leave it at OMG THAT'S GOOD!
Posted by ProudHillbilly at 11:36 AM 1 comment:

Because no matter how many times I reboot I can't get to the interwbz.  Gmail included.  Computer says I have wi-fi connection and cell phone shows wi-fi fine.

But if I try to pull up a browser I get this far and no farther.  One's Google Chrome, the other Firefox.   That's it.  Won't go anywhere.  Any ideas?  As I said, rebooting does nothing. 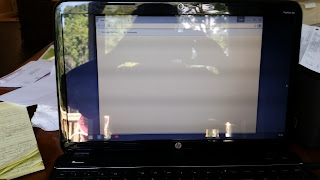 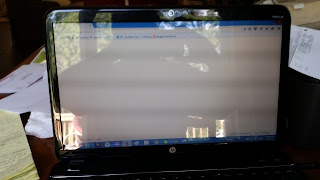 Posted by ProudHillbilly at 7:43 AM 11 comments:

Sorry, I know it could have been tragic.  But...heh.

Don't Mess With God's Armor
Posted by ProudHillbilly at 11:17 AM 10 comments: