You know when places have high wind warnings and warn about flying debris?  They aren't kidding.  The Detroit area has gale force winds and my son-in-law walked outside.  Flying piece of metal.  He's still at the hospital. 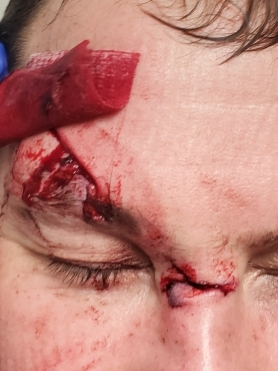 Cartilage severed from nose, chunk missing from head, 25 stitches, and a gnarly scar in his future. All from a 6 ft piece of flying sheet metal ripped off a neighbor's roof by the wind.

Posted by ProudHillbilly at 5:29 PM 3 comments:

I Thought The Threat Of Coal In The Stocking Was Enough 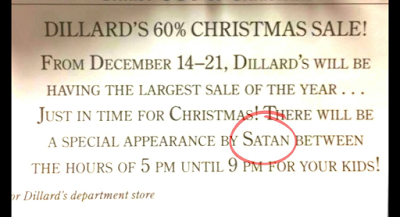 Posted by ProudHillbilly at 6:44 PM 2 comments:

I have a lot of them these days.  Most of them furry and 4 legged.

There's my two oldest cats.  And Copper.  Who, after spending 2 days in doggy hospital for what turned out to be giardia, decided to double in size while retaining a puppy brain and the inclination to mischief that goes with it. One pair of headphones, a rug, two broken lamps, and a broken wine glass later... 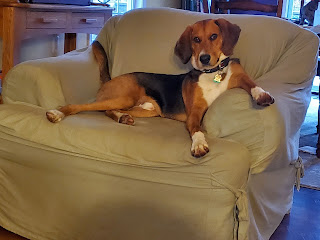 And 2 of the original 4 foster kittens are still with me.  Larger, but just as kittenish as Copper is puppyish.  They've made their own contribution to breakage. 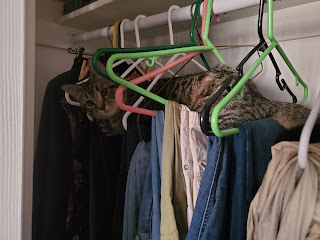 And then there's still appointments and such at the tail end of my cancer treatment - echocardiograms and blood tests, a podiatrist dealing with the nuisance damage chemo left my feet with, and followups here and followups there.

And walking the dog and spending time at the dog park and cleaning multiple cat pans and feeding everybody including occasionally myself and cleaning up after everybody.

So I get distracted.

When my hair finally grew back in I found that really, really short hair is not only easier but way cheaper, so I bough electric clippers with different length guards and I've been doing it myself.  Just snap in the no. 5 guard and buzz the head.  This afternoon I pulled out the clippers and the guard, oiled the clippers, and laid guard and clippers on the sink.  A kitten chose that moment to jump up onto everything.  I put the kitten back on the floor.  Grabbed the clippers and made the first sweep across my head.  Only to realize that the kitten had distracted me enough that I had neglected to put the guard on. 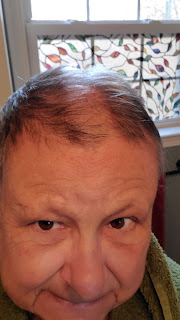 Leaving me with a reverse mohawk.  Yeeaaaahhhh....that can't be combed over.  Good thing I kept my hats because the only thing to do was shave the rest of it off.

Did I mention that I have distractions?
Posted by ProudHillbilly at 7:48 PM 2 comments: