If you've paid any attention to the Democrat primary, you know that something is wrong with Joe Biden, and it seems to be getting worse.  Early onset dementia, alzheimers, whatever - it's clear that the brain that never really worked all that well to begin with is slowly shutting down and there's no way he's fit to be president.  It's at the point where I've been thinking that the people who are putting him out there are being cruel and should have their butts kicked.  And I've found it amazing and sad that his wife Jill is allowing it to continue.

But I heard something the other day that made me go "Hmmmmm..."  Jill Biden is apparently an author.  And she has dedicated a book to Edith Wilson, wife of President Woodrow Wilson.  Everybody reading this probably knows the story:  President Wilson suffered a massive stroke while in office and wife Edith quietly ran the country from the background, a fact that was carefully kept from the American public.

Could it be that, in the grand tradition of liberal feminists, Dr. Jill is willing to run over everything, including the health of her husband, in order to gain power?
Posted by ProudHillbilly at 8:50 AM 2 comments:

Stop Me Before I Cook Again

Because I've got time.  My wanderings have been curtailed.  The weather is currently too icky for yard work. And I have the supplies despite some sections of our grocery stores looking like we've been hit by a plague of locusts. 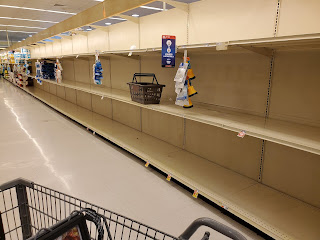 I have to say the stores have done a good job of keeping the produce stocked; that's the most important section of the store to me.  Meat, currently minimally available, tends to be an occasional thing for me and rarely the center of the meal.   I'd rather have dishes like South Louisiana White Beans and Rice. 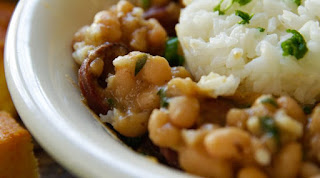 Various combinations of veggies, beans, pasta and rice are my staple meals and since I had stocks of  pasta, rice and beans already, as well as a wide variety of spices, every package of meat in my freezer can be extended into multiple meals.

And then there's the eggs from the lady down the road.  Truly fresh, free range,  and cheap - the chickens are her pets and the eggs are just a side benefit that allows her to keep a large variety of breeds just for fun.  Green eggs, brown eggs, blue eggs, white eggs - you never know exactly what you are going to get in the carton but they all taste just fine.

I'm also quite content with completely vegetarian meals.   One of my Christmas presents this year was an Instant Pot, and I am in love with it.  Yes, it's just an fancified pressure cooker, but if I'd known how much easier and cheaper it makes cooking things like dried beans I would have had a pressure cooker long ago.   Canned beans are more expensive, but cooking the dried beans can be a time consuming chore that starts with trying to remember to pre-soak them and sometimes ends with scorched beans because you forgot you've had them boiling on the stove top forever and the liquid has boiled off.  With the Instant Pot you just throw them in with water, set the time, and then go do whatever. 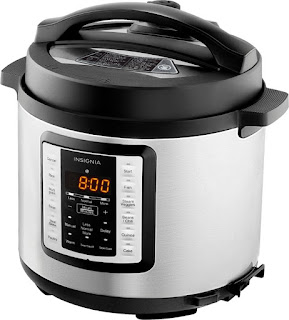 Cook some dried chick peas, throw them into a vegetable dish like Spicy Garlic Eggplant (which is food crack), toss it over pasta or rice and voila! A complete meal. 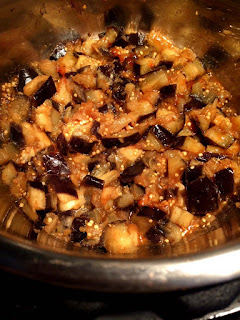 Thing is, there's just me.  Each dish I make is usually four meals worth.  It's not that I really HAVE to cook all that much.  But I like to cook and I like to try new recipes.  And the recent requirement to stick closer to home has led to more cooking.  And more cooking.  I'm freezing portions for the future. The upstairs freezer is filling up.  I'm not conscious of any particular paranoia about actual food shortages, but the anxiety and patches of empty shelves must be affecting me a little:  when I'm in the grocery store I find myself looking at food I don't need yet and thinking things like "Oooooo, fresh broccoli!  And cheddar cheese!  I can make a quinoa, broccoli, and cheese casserole!"  So I buy the broccoli and, being fresh, it has to be cooked soon.

Which leaves all the processed foods for everybody else.  And they've scarfed most of that up.  I stick my head around into aisles just to see what's there and what's not and I'm seeing patterns.  Processed stuff, with the exception of margarine, is largely gone.  Apparently people here have not fallen for the "I can't believe it's not butter!" ads because you can get margarine but a stick of butter is not to be found.  Canned vegetables are largely gone with one exception, and it made me laugh:  there's plenty of beets.  That's one of only a couple canned vegetables that I like, particularly pickled, and there's still plenty on the shelves for me. 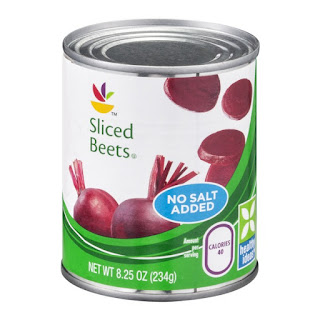 Oh, if you were wondering, I already had plenty of toilet paper before the insanity started.  We had a little snow problem during the 2009-2010 Winter.  At one point it was 3 weeks before I was able to get off the Mountain.  You better believe I had a good stock of tp before the next December, and since the mice have never bothered it I've just left it alone.  I'm still good for weeks.

Now excuse me, I've got broccoli to chop up for the casserole.  The yogurt won't come out of the maker for 3 more hours, but I'm thinking of baking bread this evening as well.

It's a good thing the pup and I walk a lot or I'd be fat as a pig by the time they let me roam the world freely again.
Posted by ProudHillbilly at 1:43 PM 2 comments:

In Case You Were Wondering: A Brief History of Toilet Paper

Personally, I'm still wondering where the heck all the tp is being stored...

Rest in peace, Kenny Rogers.  I knew you long before "The Gambler."

Posted by ProudHillbilly at 5:14 PM 2 comments:

What a Unique Approach

Protect our children from COVID-19 by increasing tax funding to kill them before they make it out of the womb.  At least that's what the dems want in the relief bill.

If you didn't know yet who actually runs the Democrat Party, this should certainly tell you. 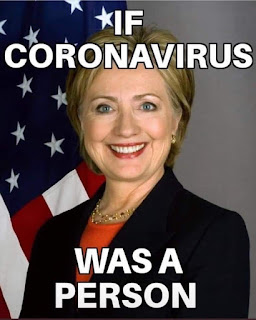 The Locust Effect Has Reached WV

So I'm told.  These pics of our local Walmart shelves were posted on the community website. I'm taking them at face value because I just find our Walmart annoying and don't shop there. 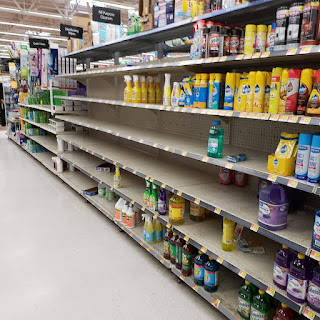 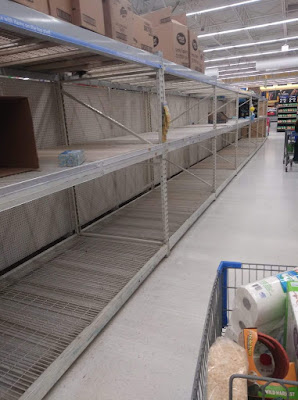 So in honor of the insanity: 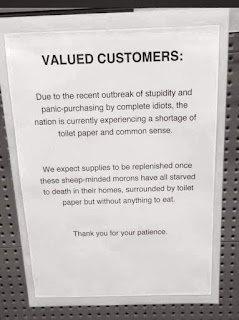 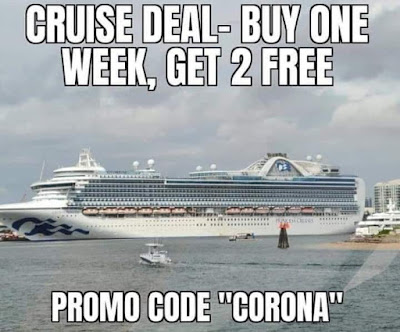 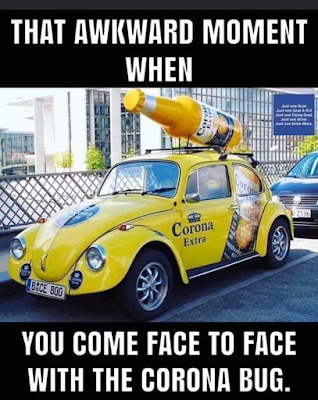 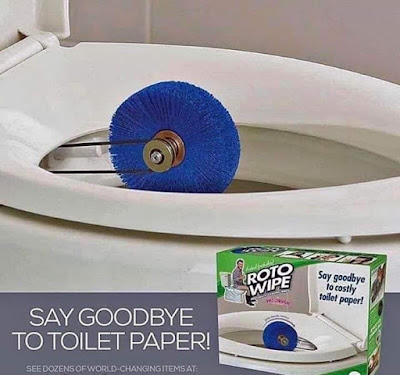 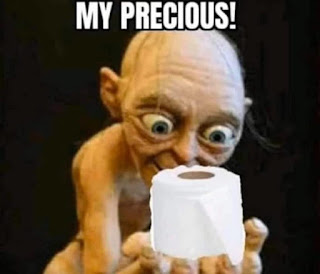 Posted by ProudHillbilly at 7:58 AM 2 comments:

The disadvantages of having a dog: 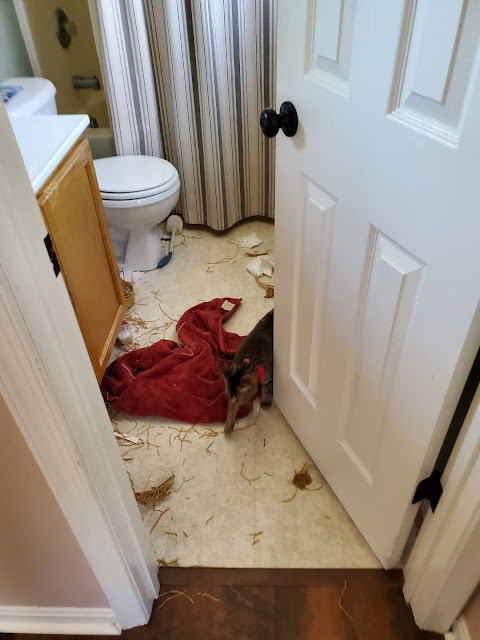 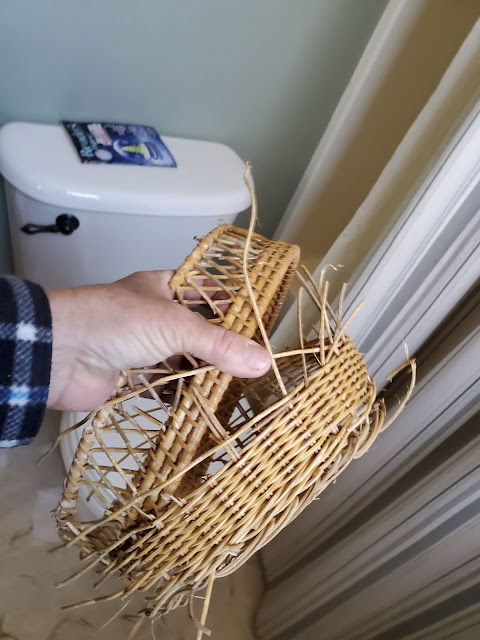 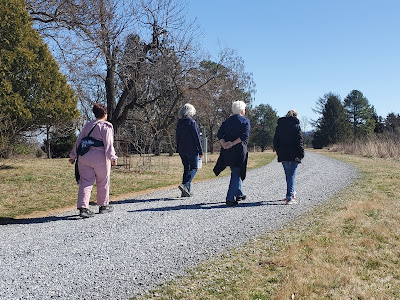 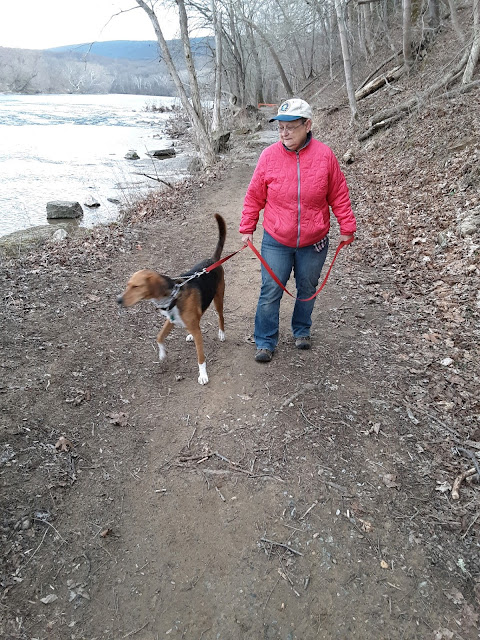 We've covered miles and miles together this Winter and I can't wait to watch Spring unfold as we ramble.

Posted by ProudHillbilly at 2:37 PM 5 comments:

I got a puzzling anouncement in my Christmas stocking - "The Game Is Afoot."  Daughter wouldn't give any info.

This week I got a letter addressed to Sherlock Holmes.  Someone desperately needed his help to solve a mystery.  Of course I immediately traced things back to a club that sends out these mysteries.  And now, as a member, the game is afoot.

I'm grinning from ear to ear.
Posted by ProudHillbilly at 6:27 PM 1 comment:

...how 2 coronovirus deaths equals a pandemic in the US.

Common core math.
Posted by ProudHillbilly at 6:56 AM 1 comment: