WHAT IS WRONG WITH YOU, MICHIGAN?!

Two red lights run.  Three vehicals completely totaled and at least one other damaged.  Six people, including a 5 year old, sent to the ER.  And all she got was a $250 fine and 2 points on her license.  Are we supposed to be grateful that the motion to dismiss because she was sorry was denied?

And, after waiting for their own insurance to cut a check - BECAUSE IDIOT NO FAULT STATE - they bought a used suv that turned out to have something f***ked up with the wiring.  They had it 3 days and then it went back to the dealer and it's been sitting there ever since awaiting resolution because their mechanics can't figure it out.  They had to rent a vehical for this weekend's long scheduled birthday weekend for my granddaughter.  And when SIL picked the rental up he found drugs hidden in the cigarette lighter.

They could have stayed in Baltimore and gotten immigrants who can't drive and drug stashes.
Posted by ProudHillbilly at 1:45 PM 3 comments:

A Calculation Or Two

Let's accept that the outline for the New Green Deal that disappeared from AOC's website was a stupid mistake on her office's part: someone uploaded a very rough draft.  It would have been much simpler for them to admit to that rather than offer various excuses ranging from the document never having been there (sorry, the internet is forever) to the site being hacked. The guy who wrote it also should not have gone on Tucker Carlson's show and said that he didn't have anything to do with that draft when the metadata shows that he's the author.  Again, the internet is forever.  But, as Jeff Kuhner says, "Let that go."

The actual NGD resolution is less juvenile, more professional.  It's still a unicorn farting because it's so superficial, but that just makes it more frightening.  Couch pablum in highfalutin language and it's still pablum, but a lot more people will swallow that pablum.

There is, for instance, the fascination with high-speed rail.  Get rid of cars, get rid of planes.  Everybody is on rails.  Except a lot of us who don't live in cities and have a bit of a hike to get to things don't quite understand how we are supposed to do that without wheels.  My grocery store is 8 miles away and I live on a mountain.  Are they paying for one of those little electric cars to take me?  Lots of luck getting across my road right now: the potholes would swallow one of those death-trap Smart Cars and we won't even discuss how well a light-weight car would do when there's snow on the roads here.  But, again, let that go.

Also, let go the whole environmental impact of the mining and processing of the products needed to build and maintain that rail system.

These are just the  cities of +10,000 population as of 2016.  It doesn't include all those little towns across the U.S. that have a population under 10,000.  But see how dense it is in some areas?  Apparently we are going to run rail between all these cities PLUS a lot of towns not shown.  But even if we don't run rail between all the cities, here's an example:  the great circle distance from BWI airport in Baltimore to LAX in Los Angeles is 2,329 mi.  You can snag a flight that takes 6 hours point to point.  It won't follow a great circle path entirely, but it's close enough for an example.

On land via the fastest highway route, it's 2,662 mi. between the two.

High speed rail, on the other hand, is considered to be 120 mph on old lines to 160 mph on new lines.  So, non-stop rail would be, at best, 19 hours on the slower end and 14 hours on the faster end if you use the great circle distance.  If you follow a more earthly route, that's 22 hours and 16 hours respectively.  However, the rail lines aren't going to follow a great circle or even the most direct highway route and they aren't going to be non-stop.  They will be city to city, with stops at various cities.  I refer back to the map:  there could be a whole lot of stops in some areas.  So folks can leave Baltimore in the morning and be in San Diego for dinner.  OR they can go back to the "good ol' days" of cross country train travel that will, in reality, take not hours but days.  Yeah, that works for businesses.  And has anyone looked up the cost of a sleeper berth on the train?

And while they are whining about 800,000 government employees getting their pay checks late, it doesn't seem to bother them that more than 540,000 people worked in the U.S. airline industry as of 2016.  That's before you count in things like the retail industry, car rental, etc., attached to airports.  Their checks won't be just late, they'll be completely gone.  Why doesn't that merit the same hysteria?
Posted by ProudHillbilly at 7:17 PM 5 comments:

I Have a Hat 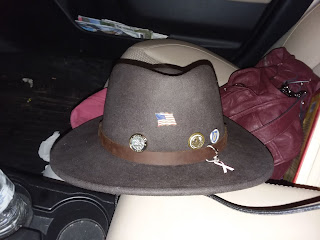 My hair is beginning to come back in, but it's going to be a while, and I've learned that being bald in the Winter is COLD. 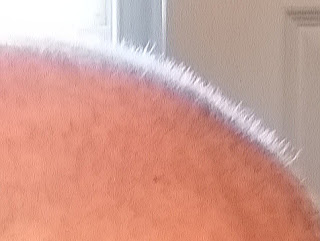 So I keep that hat at hand and wear it when appropriate, i.e., when it decides to be Winter.  I always know where my hat is.

But I don't know where THIS hat is: 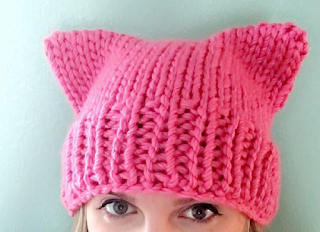 The lieutenant governor of Virginia, Justin Fairfax, has been accused of rape.  The accuser has given a lot of detail.  A few minutes ago I heard that another woman has come forward with a second rape allegation.  But I haven't seen or heard hide nor hair from the p*ssy hat brigade about Fairfax.

But what's a couple rapes in the face of Trump saying "p*ssy" a decade ago?
Posted by ProudHillbilly at 2:11 PM 3 comments:

Email ThisBlogThis!Share to TwitterShare to FacebookShare to Pinterest
Labels: the hypocrisy of the left, the p*ssy hat brigade

I Have A Sneaking Suspicion...

...that word came down from the dem powers-that-be that Chief Spreading Bull's presidential aspirations, due to be formally birthed on Saturday, are to suffer a late-term abortion. There's no other reason a paper as fully in bed with the dems as the Washington Post is would suddenly suffer from actual journalism. 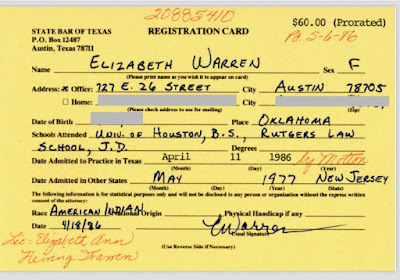 Posted by ProudHillbilly at 11:10 AM 7 comments:

I Thought That Didn't Sound Right

For more than a month we kept hearing that OMG THE WORLD IS ENDING BECAUSE 800,000 FEDERAL WORKERS NOT PAID! And I thought 800,000 sounded high considering the small percentage of agencies involved.  But, whatever.

And it was going to wreck the economy and cause a recession.  Which sounded odd, so I looked up the numbers of those employed in the US: 129,630,000 full time.

If I did the math right that meant that 0.6% of the US work force was delayed in getting paid.  How does less than 1% having a delay in pay damage the entire nation's economy?  Sure, it has the potential to affect the employees concerned and a circle of vendors they use, but the whole U.S. economy?

Then last week I heard a couple things that got my attention.  First, it appears that 800,000 is an exaggeration.  It was more like 350,000.  That means less than 0.3% of the US workforce was affected.  Second, economic numbers for the affected time frame came out - and the economy boomed.

I assume they've moved on to a different narrative by today.  Being shown to be wrong over and over again doesn't seem to phase them.
Posted by ProudHillbilly at 2:13 PM 3 comments: