With a bright red flag.  My language is clean despite the impulse to swear.  And yet when I point out things like how the concerns Pope Paul VI expressed in "Humanae Vitae" about women becoming objects are coming true with nonsense language like "birthing person" I get hit with a bright red  "Pending" flag on a couple "conservative" sites.

If you are female and think that the "sexual revolution" freed you then you are as dumb as blacks who think the Democrat party is their salvation.  You just bought into the most recent face of slavery and became the house slave that looks down on the field hands.

"Are you a corrupt politician..."

Posted by ProudHillbilly at 6:04 PM 5 comments:

A beautiful September day, warm but dry, gorgeous blue sky.  I lived in the DC suburb of Gaithersburg, MD, and was teleworking that day.  I was sitting at the dining room table. For some reason I had to reboot my computer and whenever you did that a news banner - from AOL I think - always popped up for a moment.  This time the banner carried a simple statement that a plane had hit one of the WTC towers.  I clicked on the link, but that's all the info there was so I knew it was recent.  I assumed that some poor sod in a small plane had really screwed up.  I went on working.  Then, when I checked back, there was craziness, a lot of it not seeming to make sense.  And something about a plane that they had lost track of.  I emailed my boss.  He emailed back that they had been dismissed, government buildings were being evacuated.  That was really a bad idea.  Public transportation had been shut down, stranding thousands of government workers without a way to get home.  Everything shutting down and the thousands who need the commuter rail or buses were left standing on platforms.  I am everlastingly glad I was teleworking that day.

By this time I had the TV on.

And Mom called from NC.  I've been thinking about that these last couple days:  Mom listening to reports of Pearl Harbor coming in on the radio, Mom watching 9/11 unfold on the TV.  Probably preceded both times by a phone call from someone: "Have you heard?!"  I wonder if there was a moment of a sense of dizziness, of deja vu?  I've experienced that when I've first caught a bit of news of something that followed the pattern of a previous event:  when I turned on the news and a reporter was talking about a space shuttle exploding (the Columbia, years after the Challenger) and when I hopped in the car and the radio said Jimmy Carter had sent his condolences on the death of the Pope. (John Paul I, one month after Paul VI).  For a instant each time I felt ... odd.  Confused.  Like time had hiccupped and rerun.  I wonder if she felt that way?  I never thought to ask.  I just remember that she was crying.

I remember, too, how quiet it was with all but military air traffic grounded.  I had never realized how common the sound of planes and jets is in the background of our daily life.

And, of course, I remember the chest-clenching pain and grief as the horror unfolded.

Then the connections.  My supervisor lost a brother-in-law on Flight 93.  A co-worker's daughter's friend was in one of the towers and made it to the doors but the building had warped, jamming them.  He did eventually manage to force his way out.

In December of that year, I had to fly for work.  As we drove into the airport parking lot at Oh-God-Hundred, my partner spotted a cell phone lying on the road, stopped, and picked it up.  Every name in the phone's address book was Arab.  It was not comforting.

Now, on this day 20 years later, our government has armed our enemies to the teeth with modern equipment, left Americans under the control of a brutal regime that despises them, actually blocking attempts by private groups to get them out, and, as a grand finale, has used a drone to kill a family, an aide worker, and blow up tanks of water.

Posted by ProudHillbilly at 8:57 AM 3 comments:

Email ThisBlogThis!Share to TwitterShare to FacebookShare to Pinterest
Labels: 9/11 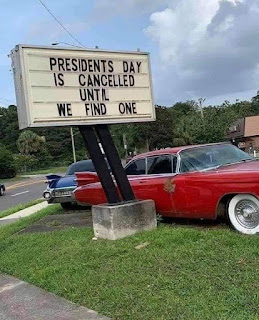 Posted by ProudHillbilly at 1:15 PM 4 comments:

Once Upon A Time In America

We had this thing called statesmen. 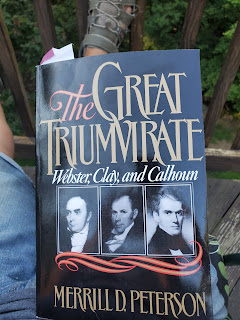 Posted by ProudHillbilly at 3:28 PM 3 comments:

They Knew About The Bomb But Nixed Stopping It?

This has popped up: 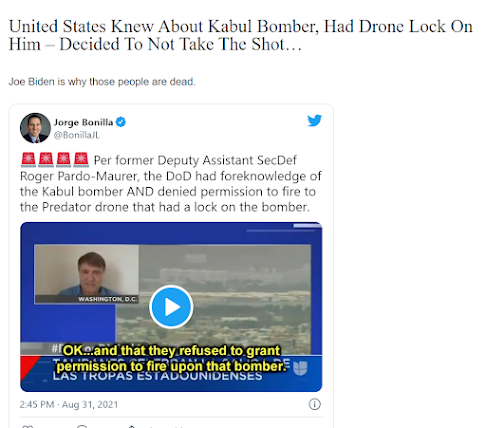 This is why I'm trying so hard not to say, or even think, "it can't get worse."  Because that seems to be a challenge to "Hold my beer."