John Kerry doesn't understand any of the furor over the Biden admin's dictats concerning petroleum.  Leave aside the fact that we are now seeing government by dictat, a government exactly the opposite of what this country was founded on - the Biden administration is the government of a third-world banana republic.  Leave aside that fact that Kerry has never held a real job - he's basically been either a gigolo, marrying into money or a professional politician that has no more connection with the real world than Biden does.  In the real world petroleum is used to produce dozens of products other than gasoline and heating:

Kerry has also raved about the pleasure of traveling from MA to the inauguration in a Tesla, an "environmentally friendly" car.  Well, the battery in that Tesla requires some things. 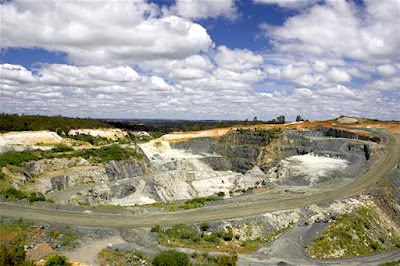 Just to start with.  Demand for that sort of "environmentally friendly" car means that a whole lot more environmental destruction will be going on to fill that demand.  The only thing Kerry's Tesla does is transfer the destruction into countries that have neither the ability or will to abate it.  But as long as some unseen little brown person is the one that has to deal with it the promotors of electric cars, solar panels, etc. are fine with it.  And feel quite superior for it.
And BTW, Mr. Kerry, about half of the components of the bodies of cars are made of products derived from petroleum.
Posted by ProudHillbilly at 3:12 PM 2 comments:

After the election I predicted that as of noon of Inauguration day COVID would start to decline in importance.  The daily death update would cease, states would start reopening, and it would fairly quickly drop to "Did you get your flu shot yet?" level.

Posted by ProudHillbilly at 12:37 PM 2 comments:

Real magazine, this month's cover.  Biden as Jesus. Thought it was satire when I first saw it posted so I checked the magazine site.  I guess it could still be satire: it's a left magazine and maybe they are mocking.  But yeesh. 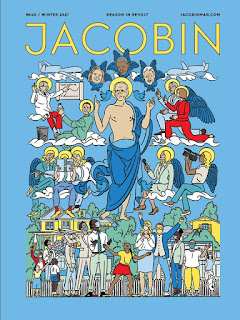 ...if the same people who howled when tear gas/pepper spray was used to clear protesters in D.C. 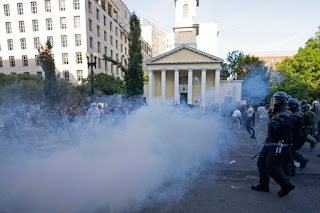 are as upset at 20,000 troops with authorization to use lethal force being in the same area now? 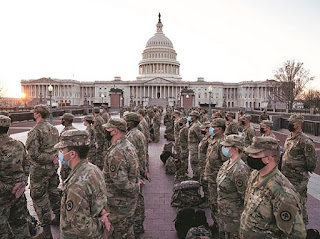 Posted by ProudHillbilly at 9:51 AM 3 comments:

So Let Me Get This Straight

The same FBI that missed...

Omar Mateen, who killed 49 people at the Pulse nightclub in Orlando, Florida, in 2016.

Tamerlan Tsarnaev, who killed three people at the Boston Marathon in 2013.

Esteban Santiago, who killed five people in a 2017 attack at the Fort Lauderdale-Hollywood International Airport.

Let a Chinese spy drive Di Fi around for 20 years

Obviously was clueless about Jan 6

... is absolutely SURE that there will be violence in every major city in the U.S. as well as D.C. on Inauguration Day. So sure that there are now more soldiers in D.C. alone than the total number of real Biden supporters in the whole U.S.

Email ThisBlogThis!Share to TwitterShare to FacebookShare to Pinterest
Labels: FBI is a total cockup, let me get this straight 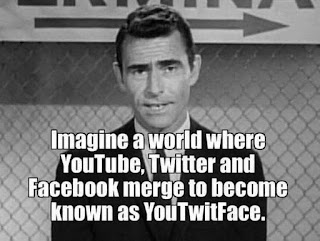 Posted by ProudHillbilly at 4:46 AM No comments:

With the "always peaceful and no destruction of property" chest thumping.  It's as much nonsense as the liberal belief in a money tree and socialism being the key to happiness and prosperity.

We gained the freedoms that so many are happily pissing away through destruction and bloodshed.  Governors were kicked out of their homes and property destroyed before the first shot of the American Revolution was fired.  Remember that little sneaky little thing that happened in Boston Harbor one night in 1773?  Private property trespassed on, private property destroyed.  Then the government that wasn't  listening tried to march in and confiscate folks guns and ammo and, boy howdy, did the breakage and bleeding start then.

About 80 years later a whole bunch of property and human wreckage happened that resulted in freedom for a whole class of people.

Freedom is a messy thing to get and to hold on to.  Benjamin Franklin may or may not really have said "A republic, if you can keep it."  But he would have looked at a whole lot of folks as if they had 2 heads if they had told him they believed that the only legitimate way to get or hold freedom was through being nice.  The new nation had been born through years of breaking things and killing people. There's a whole lot of grey there.

Last Wednesday was a sh#t show.  Personally, I strongly suspect it was a Reichstag-style operation that was probably planned in conjunction with Democrat and possibly Republican leadership.  The Antifa agitators should not have been followed by Trump supporters.  But I've seen 2 different videos of police opening the barricades and letting people on to the Capital grounds, which was basically an  "OK, come on in." What's up with that?  And people heard bangs coming from the Capital before Trump was finished speaking and before the crowd started moving that way, which suggests that Antifa was already engaged.

Yeah, I know.  Liberals lying about something - Whodda thought?

I would also like to know when live ammo has been used on Antifa or BLM rioters.  Can you imagine what D.C. would have looked like Thursday morning if Ashli Babbitt had been a part of BLM?  The smoke would still be rising from the rubble.

Resistance has to be massive and coordinated.  Running someplace because a few enthusiastic folks are waving you on is an excellent way of running into a trap.  Which was what happened.  And the trap worked.

It did at least expose the nest of roaches in Congress and perhaps, finally, people will understand that these professional politicians cannot be trusted further than you can throw them.  They are there for power and nothing else.  In theory they should only be afraid of not doing the job they were elected for.  It has been obvious for a long time that that isn't anything they worry about and I for one would be gratified if I heard a few politicians had to change their underwear.

I've been saying for years that the Republican party is the Whig party of the late 20th and 21st centuries.  There isn't a dime's worth difference between them and the Democrats.  And it needs to go into the dustbin the same as the Whigs did.

Posted by ProudHillbilly at 11:28 AM 2 comments: