Posted by ProudHillbilly at 2:28 PM 2 comments: 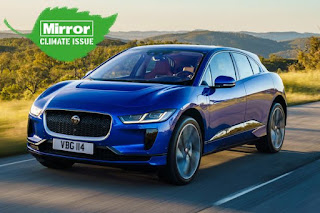 Creepy Uncle Joe and his buddies have flat out said that they support putting the petroleum industry out of business.  I guess he's dreaming of all those electric cars that charging stations are popping up for.

Leave aside the whole where-does-the-electricity-to-power-them-come-from question.  As of 2016, 50% of the volume of a car was made up of plastics.  Plastics are a by-product of petroleum.  Soooo...

Posted by ProudHillbilly at 6:29 PM 10 comments:

...and I know I don't have many followers.  But I thought I'd put this out there in hope.

I volunteer for a group called Mountain Cats TNR.  The TNR in theory stands for "Trap, Neuter, and Return" and refers to feral cats.  Trouble is, the stray cat world isn't just composed of ferals - wild cats that will form colonies that neutering/spaying can stabilize - but is full of dumped, abandoned, and neglected cats, as well as an abundance of kittens.  And we try to care for those and find them homes.  It's all volunteers running on donations and trading off chores - trapping, scooping cat pans, feeding, watering, medicating, making vet runs, and giving love to a variety of felines as they come in, recover, then go to a forever home.  We aren't supposed to be a rescue.  But we are.

Today Mountain Cats took in a cat that is in the worst condition I've ever seen an animal outside of the horrifying videos you find on YouTube.  She's been to the vet and we're waiting on test results.  I'm surprised the vet didn't immediately say to put her to sleep, but maybe that's a ray of hope. 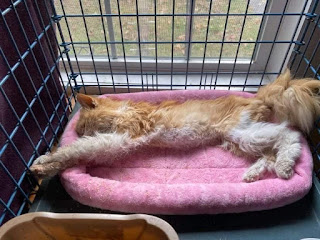 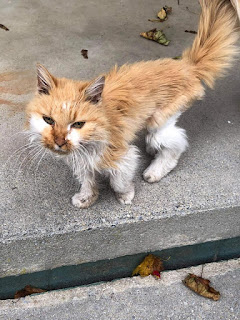 That's not actually brown around her mouth - it's bright red blood.  She is nothing but skin stretched over a frail skeleton.  I'll be surprised if she lasts through tonight.  I'm trying to comfort myself with the thought that tonight at least for the first time in God knows how long she's safe, with all the food and water she needs if she can get it down, and with a soft bed to lay on.  Even if it's just to die on. As weak as she is, she is very affectionate.  She's breaking my heart.

Anyway, despite discounts, vet bills cost money.  Sometimes lots of money - I think Mountain Cats has spayed/neutered something like 400 cats over the last few years.  And that's just the spay/neuter side.  There's vaccinations, respiratory illnesses, eye infections, ear infections, worms, wounds, fleas, FIV, and this year's particular plague, panleuk, which has killed kitten after kitten despite weeks of fighting for them.  And if this little girl survives she's going to be hellaciously expensive before she leaves.

And then there's the everyday costs of litter and food.

So if you have a few bucks you aren't doing anything with, could you throw it at Mountain Cats?  Our furrbabies would appreciate it.

Posted by ProudHillbilly at 4:31 PM 6 comments:

...I've heard has been "You could shove Hirono's brain up a flea's butt and it would bounce around its gut like a BB bouncing around in a freight car."