It's been a tough Spring.  To begin with, it was cold late into the season.  And we've had rain.  Lots of rain.  So the seasonal clean up got a late start.  Much sad for a person who loves flowers.  My iris beds will not bloom this year because they are still pissy about me digging them all up and splitting the roots because they were too crowded.  And a bunch of them flat out didn't make it - winter was hard enough that the deer ate them, which is very unusual.  The hydrangias were killed nearly to the ground - they had to be cut back to about 6 inches and there will probably be no bloom there this summer.  And my bee balm.  Well, I stared and stared and hoped and hoped at that area that has been full of bee balm for years but nary a sprout came up. Completely killed.  Sigh.

On top of the damage left by one of the most miserable winters in decades, we now have a plague that gives locust a run for the money in destructiveness. 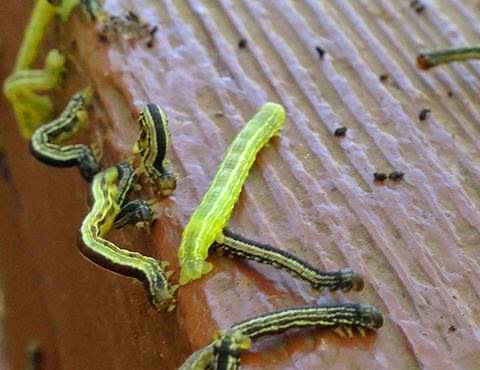 Cankerworm.  Inchworm.  Looper.  My name for them can't be used in polite company.  Ravenous.  We have them by the millions. 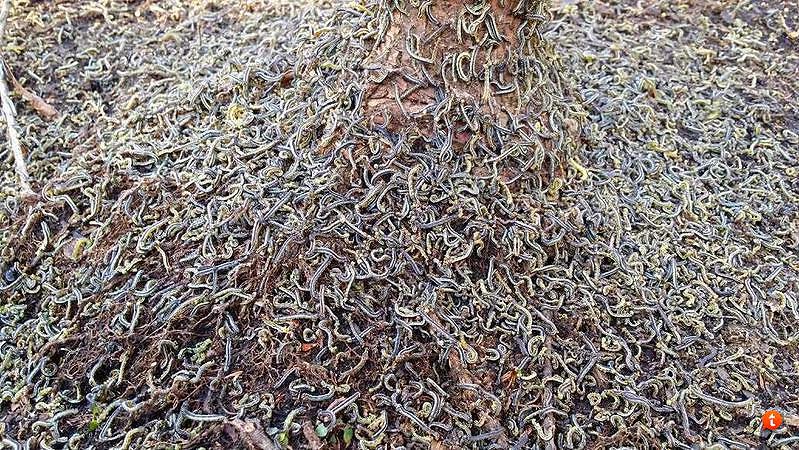 And they are stripping everything they can get to: trees, bushes, flowers - they don't differentiate. 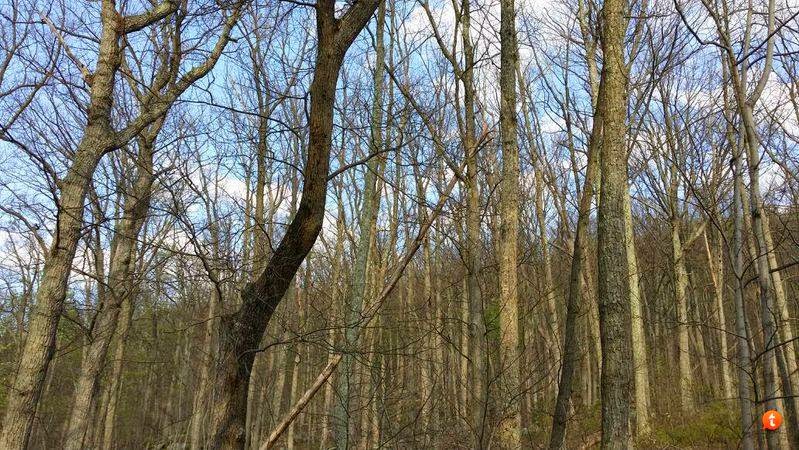 Trees that were leaf covered two weeks ago are stripped bare.  The increasing acreage of denuded trees is more and more visible on the mountain slopes as you drive from town.  It has sounded like rain 24/7 at my house for nearly two weeks now.  That would be their poop coming down in a constant patter.  They are ballooners - their webbing is everywhere and you can walk into a wall of ballooning caterpillars.  I come in from working and my hair is full of the grainy little stuff and I spend the rest of the evening picking the damned little worms off my neck and arms as they appear from wherever they hid to hitch a ride.

And somehow finding them destroying my peony flowers, buds and all, was the last straw Saturday and I found myself standing in my yard screaming "DIE DIE DIE DIE YOU MISERABLE THINGS!!!" and stomping around in a furious, frustrated frenzy.  Fortunately, the neighbors weren't home at the time to see it.
Posted by ProudHillbilly at 9:21 AM