Chick-Fil-A looks to be on its way to doing a banner day today.  This photo was taken outside the Martinsburg, WV, restaurant just before a bomb threat against it was received: 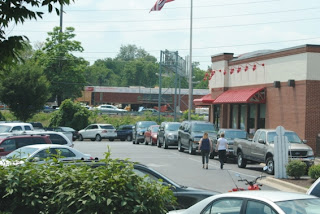 While the Martinsburg site may lose some money because of the tolerance folks, the restaurant seems to be doing OK around the rest of the U.S. 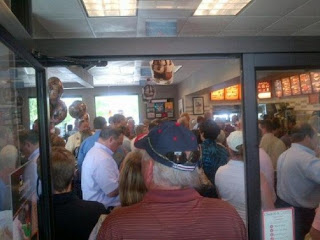 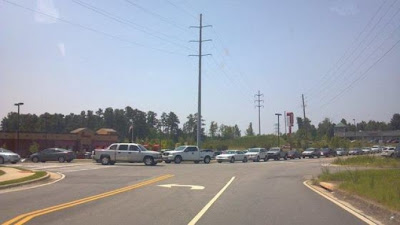 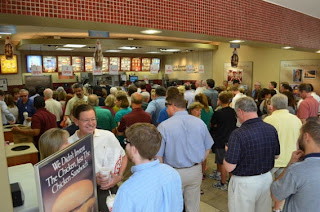 But one thing people really, really need to remember about this:  a private business was attacked for the owner's personal religious beliefs by government entities using their positions of power.  Emanual and others are in positions where they can influence government actions against citizens based on those citizen's voiced opinions.  Countries have been here before - it has always ended badly for all of them.

Posted by ProudHillbilly at 12:44 PM