In 1654, a Virginia court issued a ruling concerning the servant John Casor, who had, Anthony Johnson charged, been taken from him by Robert Parker:


"The court seriously consideringe and maturely weighing the premisses, doe fynde that the saide Mr. Robert Parker most unjustly keepeth the said Negro from Anthony Johnson his master … It is therefore the Judgement of the Court and ordered That the said John Casor Negro forthwith returne unto the service of the said master Anthony Johnson, And that Mr. Robert Parker make payment of all charges in the suit."

Casor was returned to Johnson, his slave for life or until Johnson chose to sell him, making Johnson the first to legally own a black slave in the Virginia Colony. The irony of this is that Anthony Johnson was a black man himself. 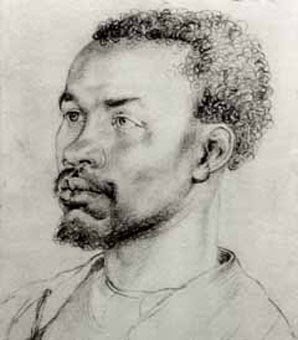 Johnson was born around 1600 in Angola, Africa, an area with tribes that had been active slave traders for centuries. As was common, he was captured by another tribe and sold to slave trader, eventually arriving In the Virginia Colony in 1621, where he was bought by a tobacco farmer as an indentured servant, which meant his obligation, while much like slavery, had a time limit on it. 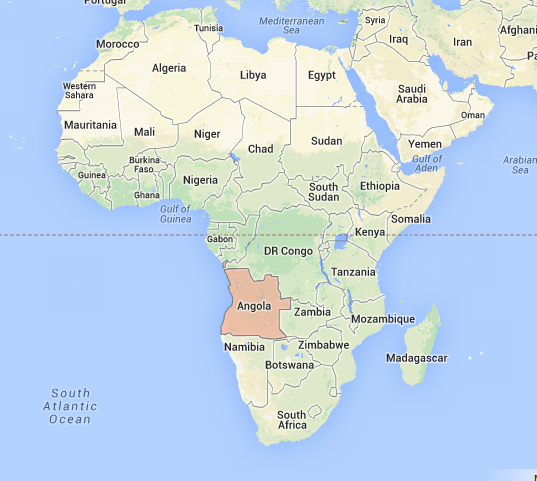 When his period of indenture was over, Johnson received some recompense and became a well established farmer himself.

It seems that you can't turn around without some race-baiter calling someone who disagrees with them a racist. I've become convinced that to some people the fact that I breathe makes me racist. Along with that is a pervasive sense of entitlement. White people held slaves so white people are bad.  You are white so you owe me.  And, by the way, in the interest of diversity you aren't invited to the party.

A group of Caribbean nations are getting ready to sue European nations for reparations for slavery. I can understand reparations to the living who were harmed by an action, but the whole slavery reparation thing is in the same realm of ridiculous as "no whites allowed" is. Do the descendents of black slave owners like Anthony Johnson have a moral obligation to pay reparations to the decedents of black slaves? Does the white part of mixed-race people owe their black part reparations? The issue of reparations pops up In the U.S. periodically as well.  Some families, like mine, gave lives and blood for the North in that little disagreement in the 1860s that resulted in the abolishment of slavery. I rather feel that, quite aside from never having owned a slave myself, that alone wipes my line's slate clean and leaves us owing nobody anything. If we are going to get into descendents paying descendents for ancestral actions, maybe the Jesse Jackson owes ME.

And while the race hustlers make a good living off of white guilt and black enslavement is talked about and played off of endlessly there's a significant piece of slavery history that is completely ignored: at the time Johnson was suing for the return of his black slave, thousands of white slaves were being poured into the colonies in the form of Irish slaves. According to John Martin at Global Research:


"The Irish slave trade began when James II sold 30,000 Irish prisoners as slaves to the New World. His Proclamation of 1625 required Irish political prisoners be sent overseas and sold to English settlers in the West Indies. By the mid 1600s, the Irish were the main slaves sold to Antigua and Montserrat. At that time, 70% of the total population of Montserrat were Irish slaves.

Ireland quickly became the biggest source of human livestock for English merchants. The majority of the early slaves to the New World were actually white.

From 1641 to 1652, over 500,000 Irish were killed by the English and another 300,000 were sold as slaves. Ireland’s population fell from about 1,500,000 to 600,000 in one single decade. Families were ripped apart as the British did not allow Irish dads to take their wives and children with them across the Atlantic. This led to a helpless population of homeless women and children. Britain’s solution was to auction them off as well.

During the 1650s, over 100,000 Irish children between the ages of 10 and 14 were taken from their parents and sold as slaves in the West Indies, Virginia and New England. In this decade, 52,000 Irish (mostly women and children) were sold to Barbados and Virginia. Another 30,000 Irish men and women were also transported and sold to the highest bidder. In 1656, Cromwell ordered that 2000 Irish children be taken to Jamaica and sold as slaves to English settlers."


I'm a descendent of English rulers AND several Irish lines. 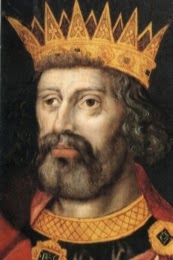 So it makes me wonder: how much does the Plantagenet in me owe the Paddy?
Posted by ProudHillbilly at 3:30 PM