Since the Crimean situation reminded me of Hitler's grab of the Sudetenland, I did a little research and put together a map.   Red, of course, is Russia.  Yellow is surrounding countries with a population that includes more than 10% ethnic Russians. 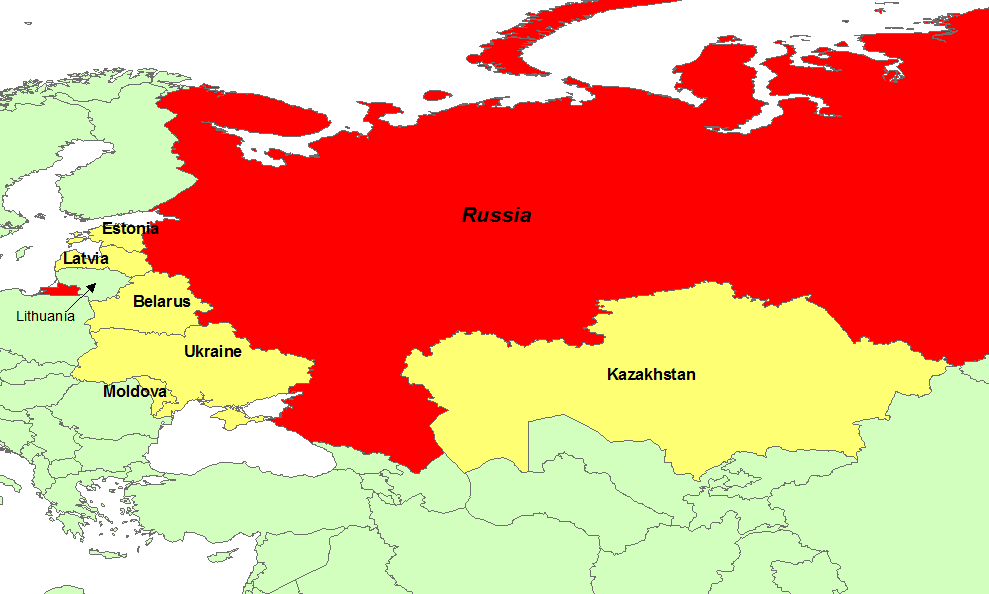 Like Ukraine, Moldova has problems - ethnic Russian Transnistria has been trying to completely separate itself from the more Romanian-influenced Moldova for decades. 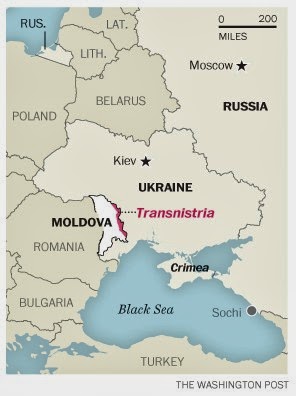 Putin now knows that zip will happen if he stomps through an independent country.  And I'm sure he sees Transnistria as a bit of Mother Russia whose people are crying out to return.  Wonder how long until the small Russian force based in Transnistria expands and it is formally annexed to Russia?  And the need for a direct connection to Transnistria gives Putin a reason to snap up a swath, if not all, of Ukraine?

And then there's that little bit of Russia separated off over to the west on Baltic Sea - the Kaliningrad Oblast.  Two countries with high ethnic Russian populations plus Lithuania stand between the rest of Russia and Kaliningrad.  Wonder how long before Russia decides that they need more direct access to their property and create a new connection involving pieces of those countries?
Posted by ProudHillbilly at 9:19 AM