I've had the necessities for a while now.  First I set up in the laundry room.  That would be the room with no windows and the cat pans.  Not an appealing place to spend time.

So I finally moved it a few months ago.  Into the library downstairs. 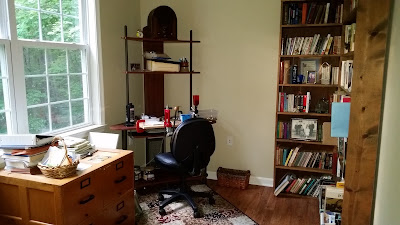 Much better ambiance.   Very cold during the Winter - I don't spend much time downstairs because it's not pleasant - but a space heater can deal with that well enough.  But I had so much going on that I really didn't get going until the last couple weeks.

So now I've been testing. 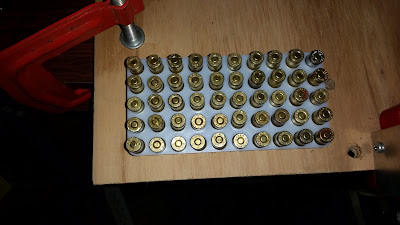 Three failures to load, two different magazines.  But if I simply throw them in again they fire fine.  I think it's the magazines. 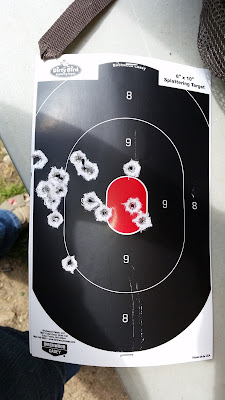 Discovered today that clearing a jam while shooting on a +90 degree day can be a bit of a challenge.  After standing in the full sun to shoot for a half hour I was sweating so much I couldn't get a solid grip on the slide.  Thought I was going to have to go into the office and have Jerry do it.  Or sit in the AC and pet Lucy until my palms were dry enough.

Posted by ProudHillbilly at 5:25 PM

Email ThisBlogThis!Share to TwitterShare to FacebookShare to Pinterest
Labels: reloading