First, a big thank you to the folks that have donated to us.  A major part of that money allows us to spay and neuter and make a little dent in the endless reproduction cycles of cat colonies.  It also allows us to get treatment for the sick and injured that have a chance at being adopted.  We get discounts from various local clinics, but since we bring them several at a time, it's still expensive.

This is what 19 cats leaving this morning for a spay/neuter clinic looks like: 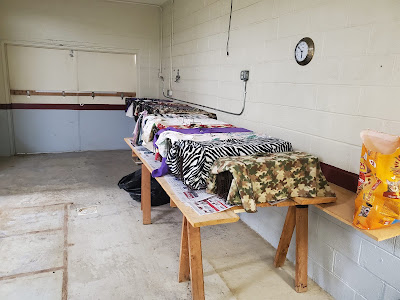 All 19 came from the same site over 2 days of trapping.  Eight kittens came out of the same site during those 2 days as well.  It was too dim in the hallway where the kittens were, so no cute pictures of them yet.

But there's also the main room in our "annex", where 8 kittens previously trapped currently reside. 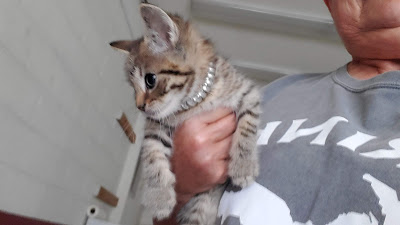 And our main building, which has a fluctuating number of cats/kittens as we get adoptions or new cats come in from the annex.

Unfortunately, we weren't able to save Buttercup.  Despite $1000 in vet treatment she had so many things wrong and had been starved so long that her poor body was done.  By the second day she had developed a thousand yard stare that pretty much indicated that she was losing ground.  I sort of wonder if in some way our bringing her in and giving her comfort and warmth hastened her death in that she could finally relax and just let go.

However, a lot of info had by that time had been collected on her "owner", including statements that the cat was "Just old" that she posted to the Facebook discussion about her.  She took down the post when she realized that people were angry about the condition of the cat, but she neglected to take down photos of Buttercup (whom she called Katie) from her own site from before she got tired of her and put her out.  We kept the vet records and statements from the vets about her long term starvation/emaciation and the variety of ailments she suffered from, most of them things that are easily treated if treatment is done early.   We kept the body - yep, it's in a freezer.  And I put together a several page document with all the vet info and statements and numerous photos of her appalling condition, which Animal Control now has.  The officer in charge of the case went to the house on Nov. 4 but nobody was home so she left a "please call" tag.  The "owner" has not called and the officer plans to go back.

It may be a pipe dream, but if we've presented enough evidence for Animal Control to give her a citation, we are hoping that we can sue in small claims court to recover the vet fees.  If not, well, at least she'll be put on notice and her other animals will be inspected.  This is not a question of someone not having enough money to care for Buttercup.  This is her home: 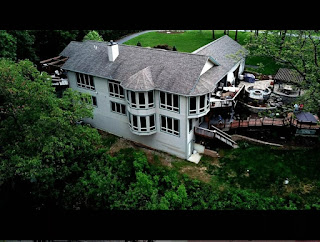 And this is Buttercup when she was still being cared for: 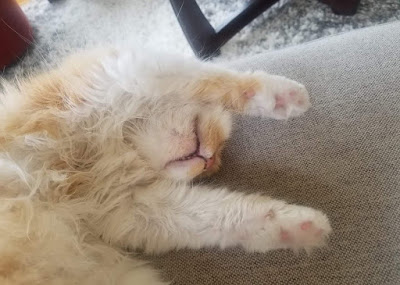 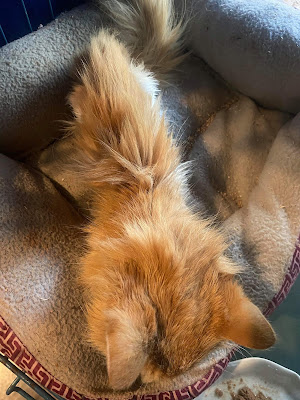 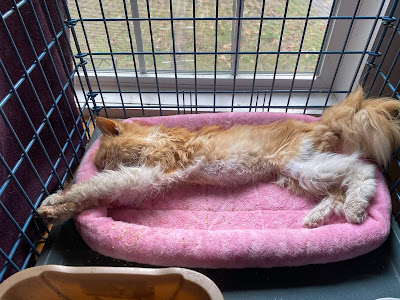 Fortunately I have enough self control not to go over to the woman's house and "discuss" it with her myself.

Posted by ProudHillbilly at 1:00 PM