I think I once put up the appalling video of the TV rendition of "The Ballad of Bilbo Baggins" that Leonard Nimoy did once upon a time.  Can't find the post but I vaguely remember watching it several times because it had the same fascination as a bad car wreck - it's so awful you can't look away.  And I did have the record - the rest of it was just as bad without hobbits as a redeeming feature.  It's nice to see Nimoy poke fun at it in the Audi commercial, but picking on ol' Spock alone isn't quite fair.  It was an era when TV personalities made records regardless of musical talent.*

So Spock's captain also made a record or two. Actually, over time, he has made several, but this one is way up there in the awful level. 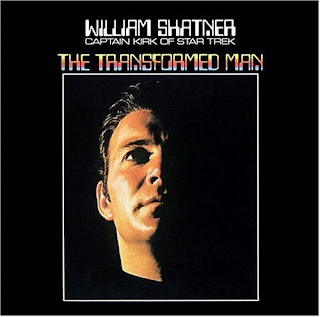 His rendition of "Mr. Tambourine Man" is, well, different.


I have to say that I was never a Kirk fan.  My guys were Bones and Scotty.  But I started liking Shatner after seeing him at a Trekkie convention.  He had me howling with laughter - I loved his sense of humor.  The best word I can think of for it is "impish".  While I never passionately followed him, I loved his Denny Crane in Boston Legal.  And I've enjoyed his Trek documentaries.  Recently I heard that when he realized how difficult he had been when working on Star Trek he went back to people and tried to make amends.  If so, that's impressive - big egos don't do such things easily.

I stumbled across a listing for his autobiography recently.  Wherever it was (I can't find that particular listing now, of course) the first chapter was excerpted. He had me in tears from more than one direction.  I'm going to have to buy it now.  I think I may be becoming a fan. 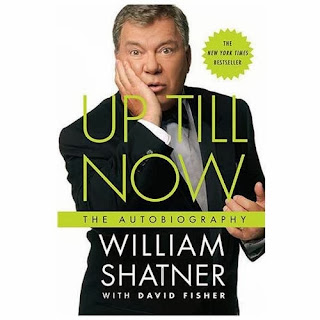 *Note to younger folk - a record was made of vinyl, had two sides, was roughly a foot in diameter, and was not stored on some itty bitty digital thingy that I could and would lose in about 2 seconds.


Posted by ProudHillbilly at 5:30 AM