The Commute From Hell

I'm glad I don't have that commute anymore.  Or at least I only have to deal with it one day a week, and not that if roads are questionable.  Yesterday's ice storm left us all glittery and a commute that sort of looked like this: 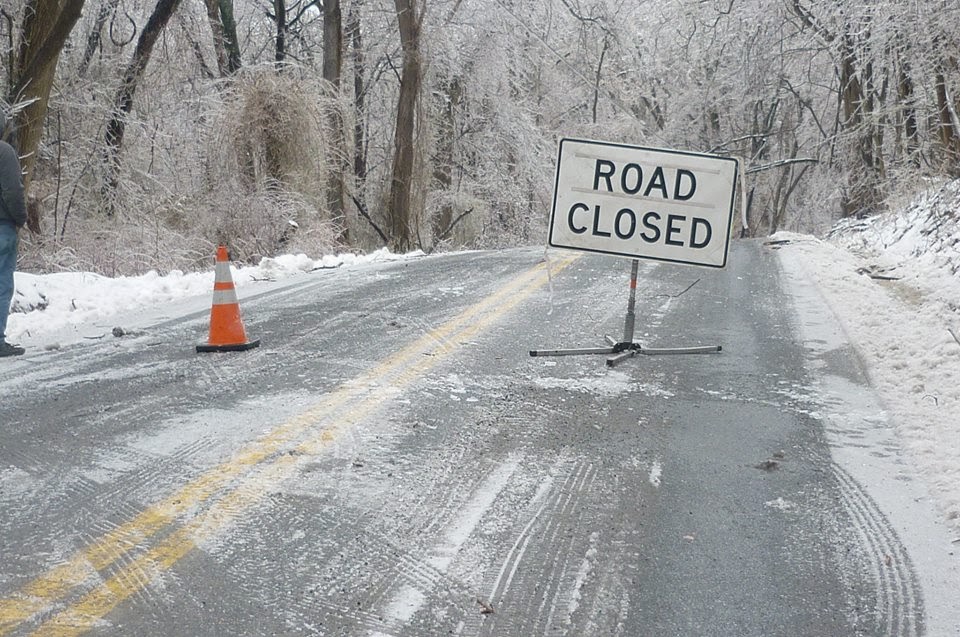 But some folks don't have the telework or liberal leave option, so they slipped and slid out their doors, some of them to the MARC commuter train station in Harper's Ferry, climbing sleepily aboard to head east at 6:05 am.  Only to come to a crashing stop about 10 minutes after leaving the station. 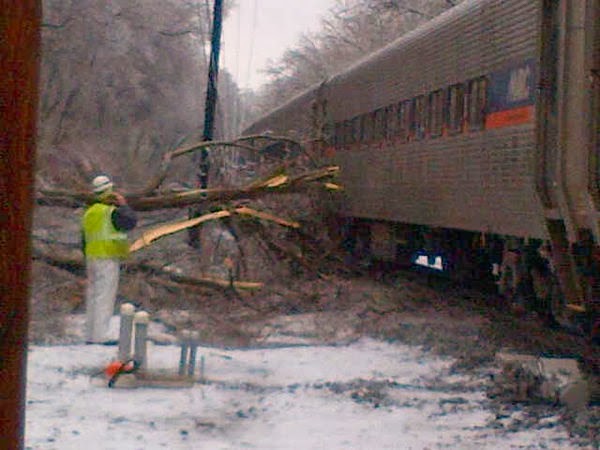 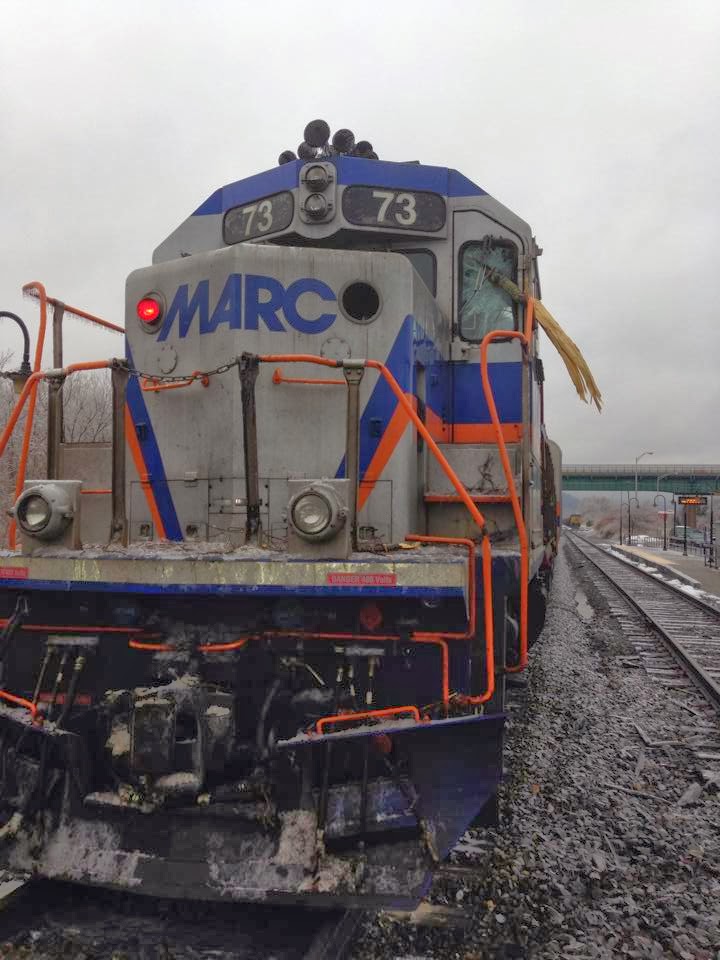 A lot of ice burdened trees came down yesterday.  The MARC train was passing one at just the wrong moment.  Fortunately, none of the crew was sitting there when the tree hit.

They made it into the Brunswick station and then sat while the powers that be decided whether or not train service was going to happen on that line at all.  Finally, another engine was put on and the commute resumed.

And then there was another crash. 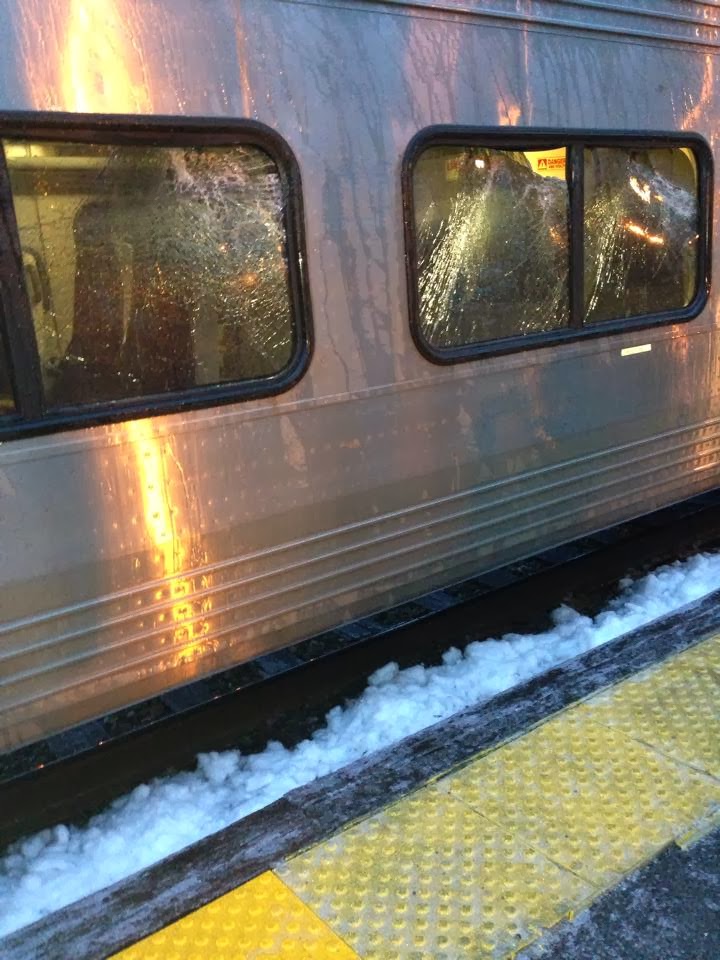 Once again it was fortunate that nobody was sitting in that seat.  This one involved power lines and they had to wait for the power company to send a crew out before anybody could do anything.

At that point MARC threw up their hands and said "We're taking you home."  Back the other way they went.  Only to hit another tree on the way back.

A friend of mine headed for the first train at 5:50 am.  She got back to her house about 12:30 pm, having made it about 10 miles.  Maybe she should have checked her horoscope before leaving.  Staying in bed would have been the better option.
Posted by ProudHillbilly at 9:43 AM