Sleepy Creek, Or "Where the heck am I?"

So after 7 years here I suddenly realized that I'm actually closer to some hiking areas than I used to be, and I decided to try out the trails in Sleepy Creek Wildlife Management Area.  The Tuscarora Trail, a 250 mile long side trail of the Appalachian Trail, runs through the Eastern Panhandle, following the ridge of Sleepy Creek Mountain and the boundary between Berkley and Morgan Counties.  A check of on-line maps and a topo showed that Sleepy Creek has enough side and jeep trails to create a loop hike, so off I went.

First discovery - all my maps are out-of-date.  There are a lot of trails there that aren't on any of them. But one trail out of the parking area said 1.7 miles to the Tuscarora and the other trail was the one I wanted to come back on, so off I went on the trail that wasn't on the map.  It didn't take long until I realized that I needed to be UP THERE: 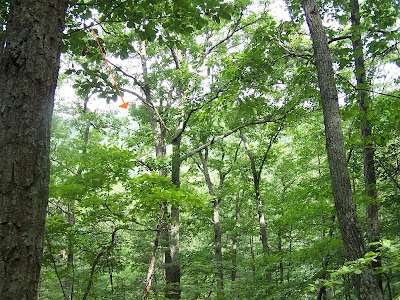 But it's a nice trail, well maintained, and scenic.  Brushy Creek still has one mountain laurel bush blooming beside it. 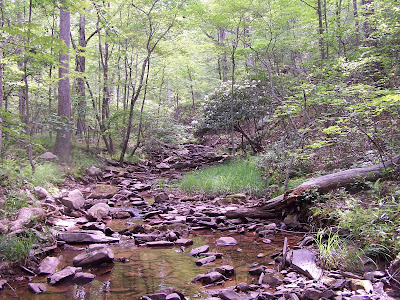 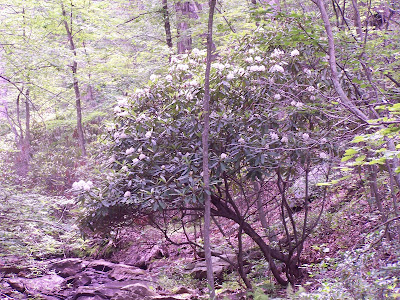 And then the uphill started.  The trail has switchbacks, but it feels like it's going straight up to the ridge.  Fortunately, I could find things to distract me.  Hints of symmetry  in the rocks started catching my eye and led to contemplation of what rock formation I might be in.  The hints finally became clear imprints of a brachiopod and a snail of some sort.  Not many fossils.  I'm thinking maybe wash-ins rather than a community of animals. 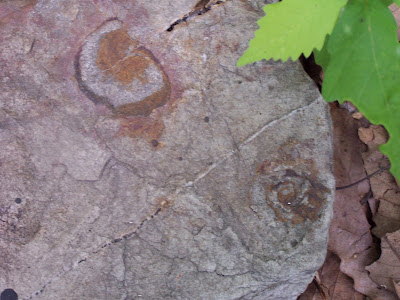 Decent day, pretty trail.  But am I there yet? 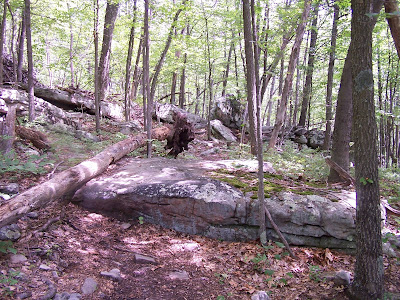 Ah, ripple marks!  So definitely a shallow water deposit, and the ancient remains of currents across the sand. 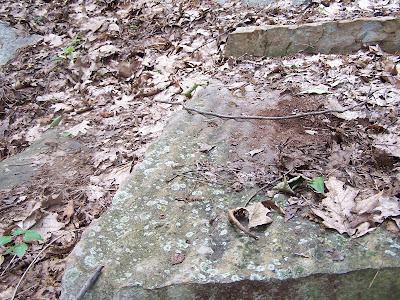 Finally, up on the ridge and the Tuscarora.  Worth the climb! 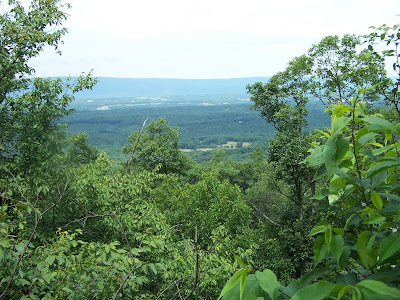 But now I realize the error of taking a trail that isn't marked on my map.  I have no idea WHERE I've come up on the trail.  So I have no solid idea of how far I need to go before looking for my selected side trail to come back.  And is my side trail even still there?  Hmm.  Well, nothing for it but to hike north and enjoy the view. 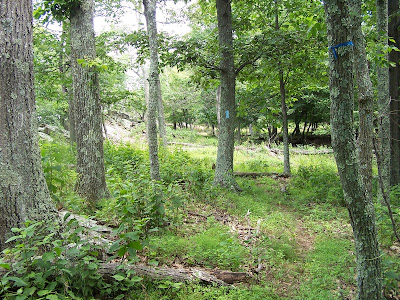 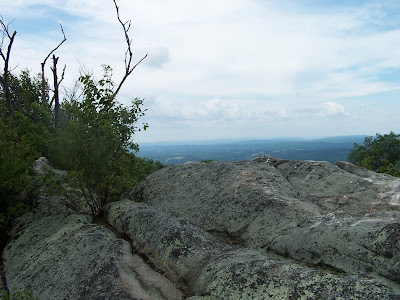 It turns out that the trail I came up on isn't the only one that isn't marked on my maps, and intersecting a few unknowns makes for slow going as I try to figure out where the stray trails are crossing on the map and where I might be.  Finally, I spotted a distinct peak across the valley that allowed me to sort myself out, and I headed down-slope on the next trail that intersected, hoping it was the right one because I sure didn't want to climb back up to the ridge if I was wrong - this trail was even steeper than the one I had come up on.  But I figured down meant down to Brushy Creek, and if all else failed I could bushwhack along the creek until I hit the first trail again.  After the major elevation drop was over, the trail widened into a jeep trail and became very pleasant walking. 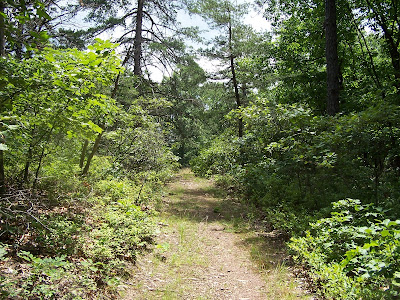 And I was relieved when it opened into a meadow - one map I had did have the wildlife meadows marked, and I knew immediately where I was by it. 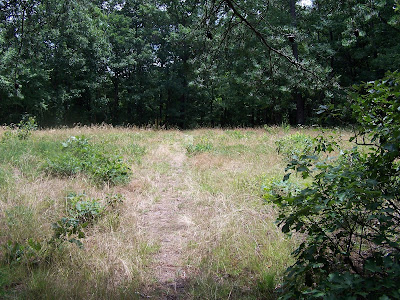 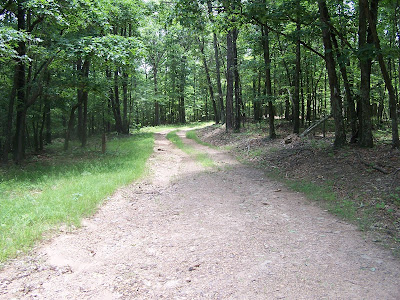 The meadows are full of wildflowers and butterflies now, and knowing where I was meant I had time to dawdle and appreciate them. 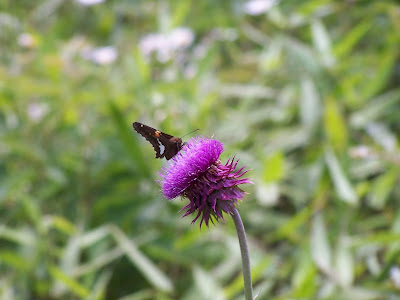 Home in plenty of time to get to 6 pm Mass.  And in bed, completely exhausted, and sound asleep by 8:30.  Still haven't found an updated map of the area, still don't don't know how far I hiked.  But it's definitely an area to return to.
And having guessed from vague memories of geology courses past that the sandstone is the Tuscarora, some quick research confirmed that, especially since I was crisscrossing red silt/sandstone, which would be the Juniata below it.  Lower Silurian (440 to 417 million yrs in age, + or - 10 million), shallow marine, representing a vast shoal at the edge of an ancient sea.  The formation has yielded a few fossils of these guys, eurypterids, which could reach 2 meters in length: 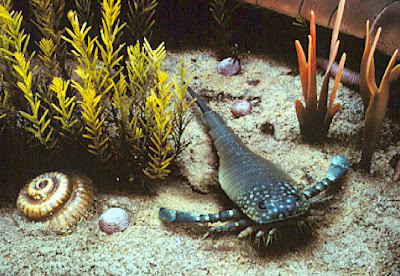 Imagine running into one of those while diving!
Posted by ProudHillbilly at 8:46 AM