I Really Don't Get It

But I really don't get why the every-day, run-of-the-mill liberals are in such a frenzy.  Friday was simply a very public example of exactly what they have been demanding for decades:  choice.  Adam Lanza took it on himself to define the worth of a human life, many human lives.  Since, for whatever reason, they didn't have worth to him, he destroyed them, and then he destroyed his own.

That statement will cause spluttering, anger, huffing, and puffing.  Tough.  Every person who has declared themselves "pro-choice" owns Friday, December 14, 2012.  This culture runs around demanding freedom, demanding choice, declaring that absolutes of truth and right and wrong do not exist, that the worth of a human life is based on its usefulness, or on its generating a warm fuzzy.  Well, that attitude walked up and gave its supporters a big, wet kiss on the lips on Friday.

Mentally ill or not - and since the media are just making it up as they go we really don't know - Adam Lanza absorbed the culture around him.  The culture that says that choices are just words used to advertise something, that we should be able to do what we want, express ourselves how we want, avoid consequences, avoid pain.  And he acted on it.

And the same day he executed 20 children in Newtown, more than 3,000 were legally executed in various places around the U.S.  The only difference being that in their case the cowardice of "choice" allows the supporters/advocates of their deaths to avoid looking at their faces.  They don't have to imagine their pain or terror.  They can just look away, scream "something must be done" when violence spills into their own world, and continue to live their lives and give their support to exactly the attitudes that breed the exact same disdain for the value of human life that allows people to abuse and destroy.  All that is happening is that people are making choices.  Somebody doesn't like that choice - tough.  It's just a choice, one among many that people make, and it's been made perfectly clear that "choice" is something that is neutral in morality.

And the men who say "I would never try to tell a woman what to do with her body." need to  reclaim their testicles.  It can't be proven that a woman isn't carrying a separate human being - nobody can prove it because it's not true.  A man says he would have tried to protect those on the killing floor of Sandy Hook?  If he can't pry this generation of women's fingers off his genitals enough to stand up for the lives of children whose faces he will never have to see on the news, then it's just talk.  That's all it is, and they are as much a part of the problem of our culture as anybody else.

This child may not have given people the warm fuzzies any of the victims of Newtown do: 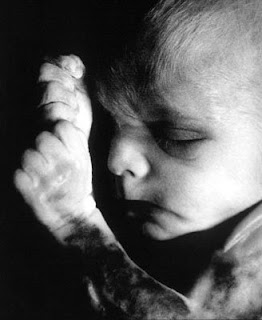 But he had as much right to live as this one did: 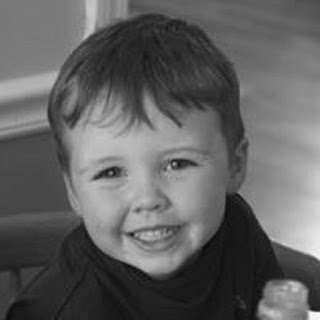 They are both dead babies, and liberals are as much complicit in the death of the one as they are in the other;   really, any pro-choicer who didn't personally know any of the dead in Newtown should just quit their wailing.  They were good with these kids dying 6 or 7 years ago in some abortion mill, and a cute smile, a missing front tooth, or a childish lisp doesn't change a thing.

Oh, and P.S. - You don't know me, you don't know what I've been through in my life, or what has gone on in the lives of the people around me over the years.  So before you start giving me crap about not knowing what people go through, bugger off. I don't have the patience anymore.
Posted by ProudHillbilly at 4:00 AM

Email ThisBlogThis!Share to TwitterShare to FacebookShare to Pinterest
Labels: Adam Lanza, Newtown, the complicity of pro-choice