It was supposed to be another icky, stormy day today, and other than laundry I really didn't have that much that absolutely need to be done.  The biography of Millard Fillmore that I just finished made me aware of what I had forgotten about some of his predecessors in office, particularly James K. Polk, president #11.  So I decided to rewind history a little and re-read my biography of Polk before moving on.  As it turned out, we got very little of the system that is now hammering New England with a nor'easter.  I spent the day on the sofa next to the Christmas tree reading anyway.

Polk is another president who contributed enormously but is largely ignored.  The diaries he meticulously kept during his presidential term are available, but at $130 for the set and only covering the period of his administration they weren't a good introductory option.  Maybe if I ever have one of those Kindle/Nook thingies I'll read them.  Today was spent on the same biography I read a year of so ago - a 150 page, rather condensed biography from the American Presidents series. 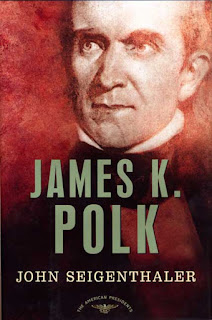 Polk was a Tennessee protege of Andrew Jackson - "Young Hickory" to Jackson's "Old Hickory", and he was the first "dark horse" candidate to emerge from a presidential nominating convention.  Ferociously political, considered dour and lacking in social skills, he declared that he would run for one term and one term only, and he kept his promise.  He entered the presidency with a declaration that he had four goals to achieve in the four years of his term:

1) Obtain full control of Oregon (which covered what is now both Oregon and Washington) from the English with whom we were sharing it.

2)  Obtain California from Mexico, whose government was still unhappy about Texas. 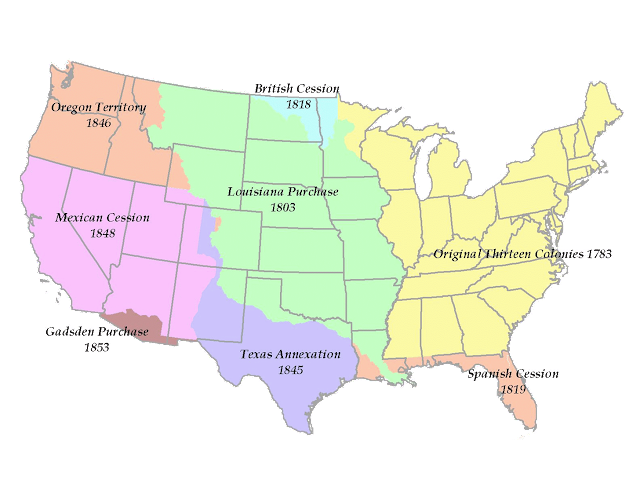 4)  Lower tariffs, which were placing heavy burdens on  the non-industrial, agrarian areas of the U.S.

He accomplished all four between 1845 and 1849, changing the geography and economy of the country profoundly.  Yet because of his flawed and quirky personality, his accomplishments are barely acknowledged.  In the end, the author concludes:


Arthur Schlesinger, Jr., has compared Polk's standing among presidents to that of Harry Truman:  "Neither Polk nor Truman was one of those creative presidents who make the nation look at things in a new way...But both had the intelligence and courage to accept the challenge of history.  History might have broken them, as it broke Buchanon and Hoover.  Instead it forced them, not into personal greatness, but into the performance of great things.

He did great things. That is a powerful epitaph.


Posted by ProudHillbilly at 5:41 PM