It Is A Head Scratcher

Multiple bombs.  Or fake bombs - don't know what's what yet.  Delivered to people who never open their own mail, using Debbie Washherhair Schlitz as the return address.  Two weeks out from an election where the party of asses has so truly proved that their symbol is appropriate over the last 2 years that they are in trouble.  Slaves are leaving their plantation and they need time to import more. Or at least sign up more dead people.

But it's so dumb, it's approaching being a joke.  There was no chance the bombs would reach their targets.  The places the bombs showed up most likely have security cameras up the wazoo.  There is probably forensic evidence all over the bombs and envelopes.  This isn't like Robert Mueller's botched anthrax investigation after 9/11 - I think they'll have a suspect pretty quick.    Yes, I believe it's a false flag sort of attack: the timing is too perfect, particularly with a perfect example of what the Americans who don't live in an arrogant bubble full of a misplaced sense of superiority (i.e. liberals) DON'T want marching north.

Personally, I'm inclined to think that it's someone who has some serious mental issues simply because I have a lot of trouble believing that the person who has been passing out bombs the last few days could really believe they'd get away with it and still have any serious contact with reality. 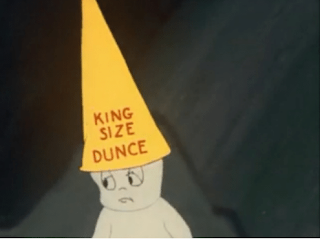 Posted by ProudHillbilly at 10:43 AM