The Woo Woo of the Polygraph, Part 1

James Randi specializes in exposing woo woo.  A fine conjurer and escape artist, he followed in Houdini's steps and has dedicated his post-stage life to exposing what he calls "woo woo" - the fakes, the frauds, the charlatans that so infest society and that have gotten even worse with the advent of modern media and advertising campaigns.  If you were a Johnny Carson fan, you saw him take on a variety of fraudulent claims.  The likes of Uri Geller, various famous psychics, and nonsense like psychic surgery were all easily exposed by him.  He hates the "faith healer" charlatans the most:  he did excellent work with Peter Popov.  Unfortunately, the psychics, the channelers, the mediums and the faith healers simply found different audiences and they go merrily on fleecing people.  And earning big bucks.

I've been doing a lot of medical exploration when the chemo knocks me down.  I've been horrified at how otherwise intelligent and educated people are still falling for the huckster selling his elixir from the back of a wagon.

We are surrounded by billion dollar industries that are being boosted by the buying public's willingness to believe in and rely on word of mouth rather than on actual documented scientific studies.  It sounds good, so, HEY, it must BE good!  And that guy with the YouTube video says THOUSANDS have benefited and SUPPLIES ARE ALMOST GONE SO ORDER NOW! They have a "Dr." in front of their name, so they must know.  Yeah.  Right.  Cigarette companies used to hire doctors as "consultants" to push their products, too. They paid them in cartons of cigarettes.  Modern snake oil salesmen like Mehmet Oz and Stephen Gundry take home cold, hard cash.  As do the marketers of fish oil, turmeric, high dose vitamin C, and the other fads du jour.

And people die.  Because someone on the web said do this instead.  Or they are marked for life because, hey, that stuff called black salve that EVERYBODY is recommending is better than going to the dermatologist, right?

I already had a particular antipathy for the nonsense known as homeopathy.  The little problem with it is that there is no way it can work.  A troublesome thing called Avegadro's Number gets in the way.  But, oh my, do homeopathic remedies sell.  Check out the pharmacy and the shelves next to checkout, especially come cold and flu season. 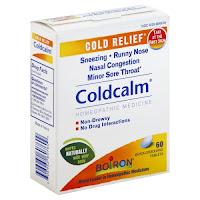 As Randi says, the only symptom that any homeopathic "medicine" can cure is a lump in the wallet and he does the best job I've seen explaining this particular bit of woo woo.  Take 15 to watch.  He's entertaining as well as enlightening.

To be continued...
Posted by ProudHillbilly at 7:14 PM