Your offense offends me.  I’ve gone along all my life remaining unoffended by the religious practices of others, even when I called myself an atheist.  The tassels of a prayer shawl peeking out from a business suit, prayers facing Mecca, the iconography of Buddhists, the careful vegetarianism of Jains, the consumption of peyote have never offended me.  But you see a cross, and your world has ended.  You hear the words “Jesus Christ”, and it is catastrophic for you.  Like a water-splashed Wicked Witch of the West you melt, screaming.  Rather than do what millions of us have done as we’ve shared this land with people who have different beliefs, you feel compelled to be offended.  And not just that, you feel compelled to behave in ways that you have protested as evil when Christians behaved that way – you seek to have Christian religious expression suppressed and removed from view.   You have given Saudi Arabia a run for its money as far as religious intolerance.
Since the reasoning behind this offensive behavior is avoidance of offending, stop offending me by being offended.  And go do some reading on the human rights record of officially atheistic governments in the 20th century - the death toll is pretty offensive.  Or would that take time away from your being personally offended? 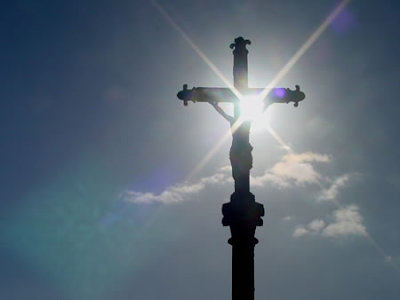 Posted by ProudHillbilly at 5:08 AM