A mouse (plural: mice) is a small mammal belonging to the order of rodents. The best known mouse species is the common house mouse (Mus musculus). It is also a popular pet. In some places, certain kinds of field mice are also common. This rodent is eaten by large birds such as hawks and eagles. They are known to invade homes for food and occasionally shelter.

Being laid up has certain advantages:  cats get extra snuggling (I've got 3 - it does get crowded on the sofa), books get read (The Ghost Map, Lampiere's Dictionary), the Netflix queue gets attention (thumbs up to both "The Last Lovecraft" and the original "The Taking of Pelham 123").  And you notice things that you might not otherwise.  Like the flick of  a tail as a mouse slips out from the laundry room and behind the tv stand and the pitter patter of little feet in the ceiling.  Perry has nabbed one since someone left me Sunday's gift, but I've seen and heard at least two more since then.  That's a bit above the norm for the seasonal influx.

A couple years ago I ran into an very large, very fat copperhead as I was clearing brush next to my house.  I let him be and just keep an eye out when I'm working outside.  This boom in the mouse population makes me wonder if that version of the better mousetrap has moved on or died. 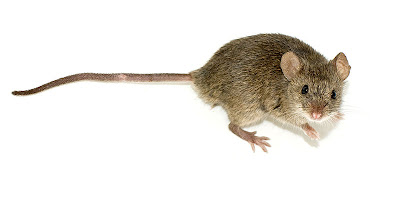 Posted by ProudHillbilly at 7:19 AM

Email ThisBlogThis!Share to TwitterShare to FacebookShare to Pinterest
Labels: copperhead, laid up, mouse