Some time ago I decided that I really needed to read at least one biography of each of our presidents.  I would do it in order, which would help re-enforce historical context as their lives overlapped. The overlap would also help counter the fact that every biography is going to have a bias, for good or ill.  Different authors covering same periods at least would give a broader perspective.

I've run into some problems in pursuing this goal and I haven't gotten very far.  First, it's doggone hard to find good biographies of some of our presidents.  Really, there are more biographies available about Elvis than about Martin Van Buren, yet we were having a bit of a problem with Canada during Van Buren's administration:  among other things they burned one of our ships and sent it over Niagara Falls.  Granted, if Washington is is your hero, as he is mine, there is an abundance problem rather than a dearth problem; it's hard for me to not to pick up a new Washington biography when I see it.  More importantly, and an added complication, our history isn't made up of just our president, or even of just the events of our own country's history.  You can't read about Washington without adding biographies of Franklin and Hamilton.  And George III and and Lafayette.  A biography of Jefferson also means exploring Napoleon.  And then there are other legends who are worth reading about just for fun:  Daniel Boone, Francis Marion.    Things percolate elsewhere:  the French Revolution.  Revolutions in Europe in the mid-1800s.

We are at president # 44 in our history now. I've just finished reading about # 13, Millard Fillmore.  Not the best biography in the world; rather like, as one reviewer commented, an extended information pamphlet.  And you rather wonder where the editor was at times:  this guy might know history but he is not a good writer, and his grammar and punctuation can be annoying. 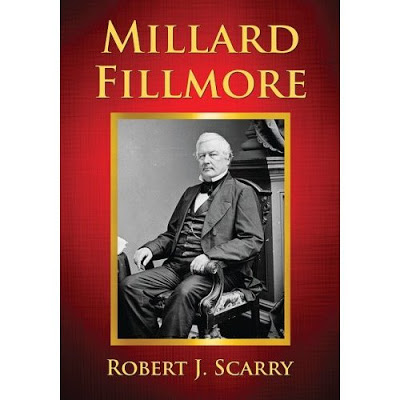 But I've learned a great deal from it, and I ended up giving it 4 stars over at Amazon.  Fillmore was vice president when President Zachary Taylor died in 1850 after just over a year in office.  He has been largely ignored, yet he served during a time of enormous turmoil over slavery and issues surrounding it, and his handling of several explosive situations kept the country stable enough that it was able to hold off civil war for another decade.  He was a man of integrity, and whether you agree with his decisions or not, it's clear that he made them with the Constitution and the good of the country uppermost in his mind.

Now I'm glad it's the season for stretching out with a book, because I can't go any further without delving into John C. Calhoun, Henry Clay, and Danial Webster, the political giants of the era. I've opted for a threefer that I hope covers them sufficiently for me to feel that I can move on: 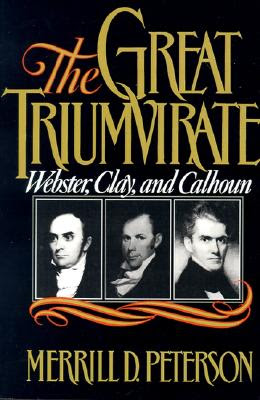 I've also dredged up biographies of # 14, and # 15, Franklin Pierce and James Buchanan, who reside at the bottom of the barrel as far as presidencies go.   Then I have to make a decision:  which biography of Lincoln should I read?  That's going to be one of those where dearth is not the problem.  But maybe by the end of this reading season I will have made it at least through president # 16.

Posted by ProudHillbilly at 1:42 PM