Boy, That Took A Lot of Courage

Apparently pro-Trump talk show host Michael Savage was attacked while dining out this week.  I'm not a fan of Savage - occasionally he can be entertaining but meh.  And he irritates me fairly frequently when I do listen.  So meh.  But Savage is 74 years old.  And his little poodle was kicked as well.  By some screaming lib. 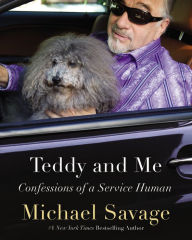 This has been happening all over the US.  They can't sustain their arguments, so they've just gone to violence.  Wear a MAGA cap in the wrong place, and you can get some screaming jerk spraying spittle in your face.  And we won't even discuss the rioting and violence on college campuses any time anyone even vaguely conservative shows up.  Ask Milo Yiannopoulos how many death threats he's had.  Or Jeff Kuhner, my favorite radio host out of Boston - the threats against him and his family have increased exponentially over the last year and he can't even go to the grocery store without obscenities and threats being screamed at him.

It doesn't take much courage to throw a 74 year old man to the ground and kick his miniature poodle. But one of these days they are going to make a big mistake in who they go after.  Not only is the violence becoming tiresome, but the fact that the rioters/attackers are then let off with a slap on the wrist just means it's going to escalate.  And some people are going to hit maxed-out sick-and-tired and instead of trying to move away from the situation start swinging.  Or a group of screaming "anarchists" are going to come up against a group of pissed off Conservatives who've held their peace as long as they can.
Posted by ProudHillbilly at 10:32 AM