I like well written histories.  When I'm sick, I have a perverse tendency to read well written histories about illness:  bubonic plague, Spanish flu.  Or disasters:  the Johnstown Flood, the great London fire of 1666 (which followed the plague outbreak of 1665 - Charles II just couldn't catch a break).  Last Saturday's selection was The Ghost Map, by Steven Johnson - a tale of Victorian epidemiology.

This was one of my random grabs on one of the last days before Borders closed.  It got my attention because it was about a map I had heard of but never seen.  Created from carefully collected disease data, it provided a clear visual indication of the source of the disease.  Common enough now, with computer GIS programs handily generating confirmation of the old saying "A picture is worth a thousand words."  This map, however, was painstakingly created in 1854.

London of 1854 was a nasty place a-swim in muck.  The Great Stink had not yet caused the engineering marvel of the London sewer system to be built. Way too many humans and animals were crammed into way too small an area without a sanitation infrastructure and their garbage and effluvia was just dumped - in cellars, yards, alleys, streets, the river.  Mounds of what was euphemistically called "night soil" were piled high under houses, and when the mounds grew too high it was loaded up and carted to the Thames, which served as a very large open sewer. 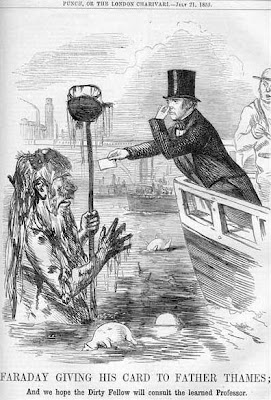 There were some sewage systems, but they were piecemeal and scattered, and so dangerous that occasionally methane gas would build up enough that some poor sewer scavenger would blow himself up with the flame of his kerosene lamp. Such a feces-saturated environment is, of course,a perfect breeding ground for disease, and one of the diseases that loves it best is cholera. 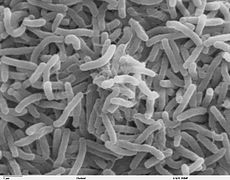 Cholera is a nasty bacteria that works by a cycle of ingestion, reproduction, then production of a toxin that causes the host to violently and rapidly expel the fluids in its body.   With the fluids go new bacteria,  re-introducing the disease into the water source to start the cycle again.  It kills by dehydration caused by fierce diarrhea.  Even today, it's only treatment is re-hydration and food - there is no antibiotic for it.

In August of 1854, a five month old baby in Soho came down with cholera.  She survived nearly a week - surprising for an infant with a disease that can kill in a day's time.  Her mother did as was always done, washing the baby's soiled clothes in a bucket and tossing the water into the cistern in front of their tenement on Broad Street.  It must have been awful for the woman - her husband came down with it too, and in the end she lost both of them.  Within three days, 127 people had died - by the time the outbreak ran its course 616 people were dead.

We live in an environment where we don't even think about the availability of water - it's just there for the turning on of a tap.  We don't much think about its cleanliness, either.  Neither did the people of that era - water was just water.  It might smell, it might be cloudy, but it was just water.  It didn't come to the house, though - the source was the public pumps scattered throughout the area. 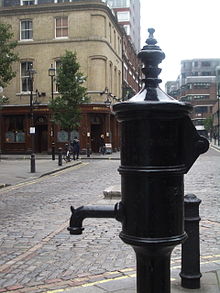 Disease was known to be spread through miasma - contaminated air.  Combating an outbreak consisted of burning pots of tar and other smoky fuels.  That had long been known - the science was settled.  There was an annoying gad fly by the name of Dr. John Snow who was suggesting that it was passed through water, but the authorities knew better.  In truth, the local health officials did go into the area in an attempt to find the source of the outbreak.  But here's the thing - all of their research was geared towards a predetermined answer.  The science was settled - disease spread through bad air - so their research was skewed to find that answer.

Dr. Snow, on the other hand, suspected that the disease was traveling through the water, and he carefully overlayed the cholera deaths on a street map that also showed the community pumps. 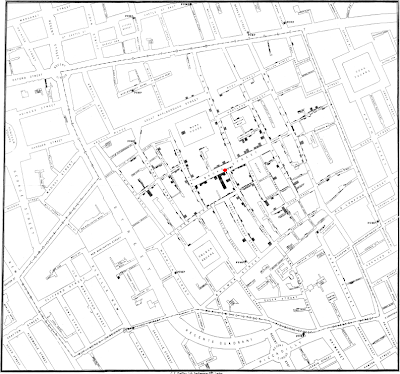 Snow's map, the map of ghosts, clearly showed the outbreak centered around the Broad Street pump.  And as it turned out, the crumbling cistern into which the mother had thrown the wash water from her dying baby's clothes was just a few feet away from the pump.

Legend has it that removal of the Broad Street pump handle finally stopped the outbreak, but in truth it was probably burning itself out already - too many hosts dead or fled.  But that's not the important part of the story.  What got my attention was the well-meaning health officials trying to deal with it.  They were so convinced that they already knew what was happening that their research couldn't help but find it.  How many of our climate scientists have unwittingly fallen into the same sort of trap of believing that the science of one thing is so settled that their research is unwittingly geared to find more evidence of it?  How many times have we heard the circular arguments:  if it's hot it's global warming, and if it's cold it's global warming?

Unfortunately, we tend to think of those in the past as less intelligent and more flawed than we are, thinking that we don't make the same mistakes.  Truth is, human nature has remained the same, and the researchers of the past just dressed differently and had different tools, just as the researchers of the future will.   And thinking that any science is settled is just as liable to lead to bad science now as it was 150 years ago.
Posted by ProudHillbilly at 2:29 PM