So Bill Clinton has made a video praising 'Bam for taking out bin Laden and saying that Romney would not have made the decision to do so. 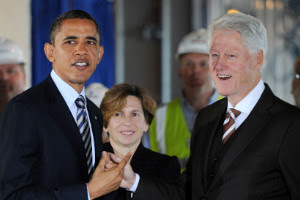 Um, would this be the same Bill Clinton who let the chance to get bin Laden go by more than once on his watch?
Posted by ProudHillbilly at 8:18 AM