Let me get this straight:  Same sex marriage is about evolution?  Really?  OK.  This is the “the science is settled” and “everybody has their own truth” crew.  We’ll ignore the lack of truth in the first and the logical fallacy in the second and take them at their word.   There is no absolute Truth – we are just animals, a part of Gaia, and not answerable to a higher authority.

The animal kingdom is not warm and fuzzy.  It eats, drinks, sleeps, and seeks to keep its genetic line continuing on.  The drive towards the protection of that genetic line is so great that some animals, male cats for instance, will kill the young of other males. Homosexual unions can’t produce young – they can’t continue their genetic line through homosexual sex.  So homosexual unions utterly fail from the point of view of science.  They have nothing to do with evolution, because they can’t produce evolution.  They are, just as the Church teaches, “against nature” and "disordered." 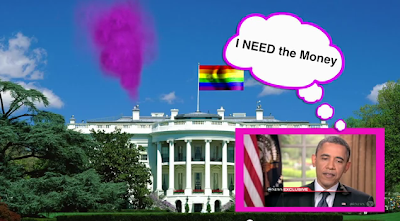